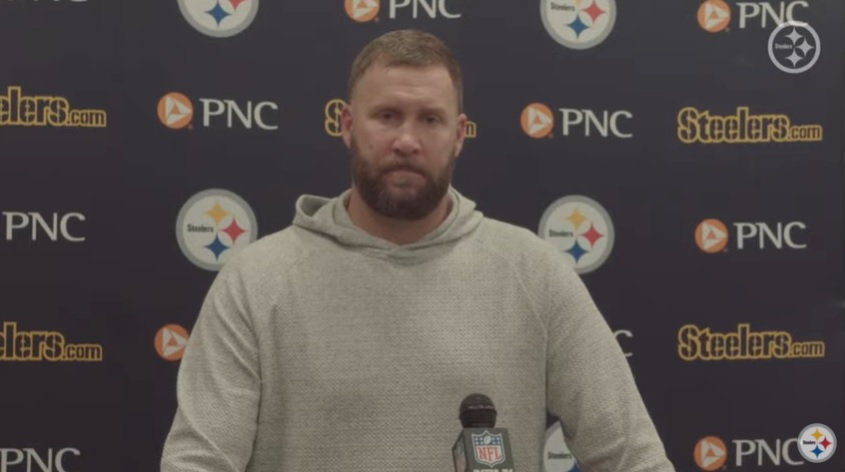 Things seem to be working well in the last month or so for the Pittsburgh Steelers’ offense, as the Steelers have rebounded from a disastrous 1-3 start to sit at 4-3 on the season with two favorable games up next on the schedule.

It’s realistic that the Steelers could find themselves at 6-3 in two weeks, right in the thick of things in the AFC.

Despite seeing the success of the offense — especially the overall balance under first-year offensive coordinator Matt Canada — and the emergence of rookie running back Najee Harris into a full-blown star, the national consensus remains that Ben Roethlisberger is seemingly holding the current version of the Steelers back.

This week, in NFL.com analyst Gregg Rosenthal’s QB Index — which is becoming a personal must-read for me each and every week — he has the Steelers’ veteran quarterback, who is now more of a glorified game manager than anything (and there’s nothing wrong with that), dropping four spots in the Index, falling all the way to No. 25 overall.

That fall of four spots from the bye week is a bit puzzling, considering Roethlisberger was 22-for-34 for 263 yards and a touchdown against the Browns, taking just one sack and was generally accurate and on time with the football throughout the game. He did have one interceptable pass that the Browns dropped early in the third quarter, but overall I thought he was good throughout Sunday’s game and seemed to have embraced his role.

Instead, he plummets in Rosenthal’s rankings, now finding himself behind the Giants’ Daniel Jones (No. 20), the Jets’ Mike White (No. 21), San Francisco’s Jimmy Garappolo (No. 22), Philadelphia’s Jalen Hurts (No. 23), and Miami’s Tua Tagovailoa (No. 24) outside of the top 20, meaning Rosenthal views Roethlisberger as the bottom of the barrel in the NFL, just ahead of names like Seattle’s Geno Smith (No. 26), Detroit’s Jared Goff (No. 27), and even one-week Dallas wonder Cooper Rush (No. 29).

“The Steelers’ dink-and-dunk offense works much better with Najee Harris and the running game starting to roll,” Rosenthal writes. “Still, no quarterback is more reliant on his teammates making plays for him than Big Ben. Pat Freiermuth did it Sunday on a fourth-down deflection, or the Steelers would have scored single digits in Cleveland. Only Jared Goff has completed a lower percentage of throws over 20 yards, but I give the Steelers some credit for continuing to try.”

Yes, the Steelers’ offense certainly works much better with a ground-and-pound outlook with Najee Harris in the backfield, but using that to somehow put down Roethlisberger is strange. So, too, is the take that Roethlisberger is more reliant on teammates to make plays than any quarterback in the NFL.

Isn’t that the whole point of offense in the NFL? The quarterback can only do so much and, I don’t know, needs his teammates to come through for him on the back end of a play?

On the Freiermuth fourth-down touchdown in Cleveland, it was great coverage overall by Cleveland safety Ronnie Harrison Jr., so Roethlisberger put the football where it gave Freiermuth the best chance to make a play in a crucial spot. He’s supposed to be viewed in a lesser fashion because of that?

That simply makes no sense.

Roethlisberger is certainly nowhere close to the player he once was, but using that to continue to bury the guy time and time again, even when he’s doing exactly what is asked of him this season in Matt Canada’s offense is beyond puzzling and beginning to become tiresome.