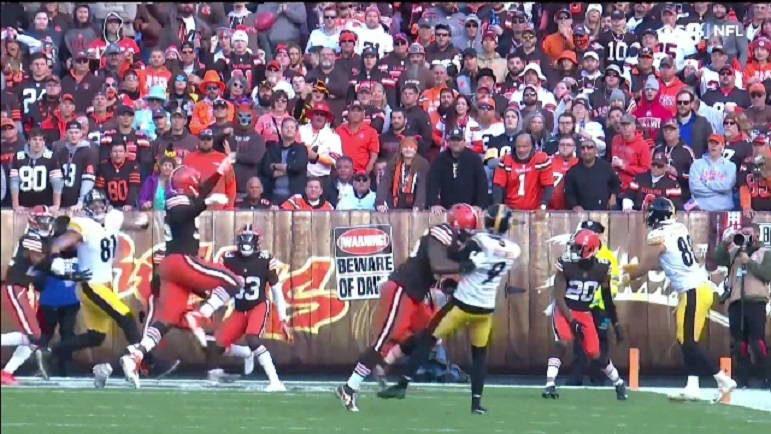 According to Scott Petrak of BrownsZone.com, Cleveland Browns defensive tackle Jordan Elliott wasn’t fined this past week for his hit on Pittsburgh Steelers kicker Chris Boswell during the fake field goal attempt in the first half of the Week 8 contest between the two teams.

That hit by Elliot on Boswell, which was along the sideline and after the player had gotten rid of the football as part of his pass attempt, resulted in the Steelers kicker being forced from the game with a possible concussion. The Steelers were then forced to be without a place kicker for the entire second half of that game.

While Elliott wasn’t fined for his hit on Boswell in Sunday’s game, Browns safety Ronnie Harrison Jr. was fined $10,300 by the league this past week for his unnecessary roughness penalty in that contest. That penalty came for Harrison hitting Steelers rookie running back Najee Harris late and out of bounds with 11:04 left in the second quarter.

Harrison’s hit on Harris happened after the running back had run for 16 yards down the left side of the field. That penalty on Harrison, however, was offset because Steelers center Kendrick Green was also called for holding on that play.