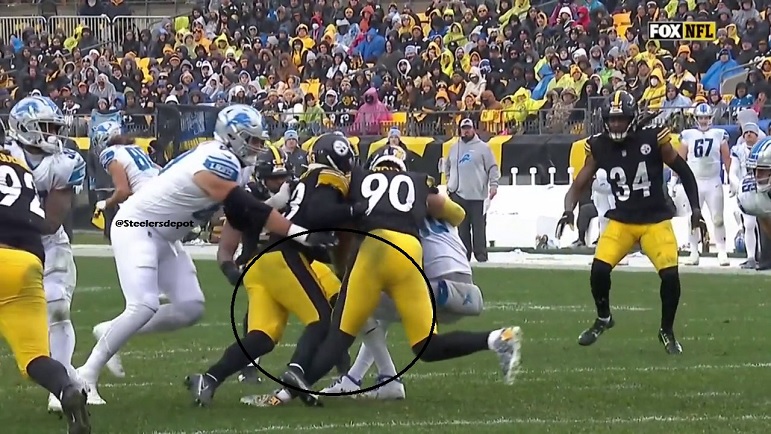 Pittsburgh Steelers outside linebacker T.J. Watt suffered injuries in the team’s Sunday home tie against the Detroit Lions, and early speculation is that he will miss some time due to them.

Ian Rapoport delivered the latest on what he’s hearing about Watt and his knee and hip injury during a segment on the NFL Network.

From @GMFB: After discussing the knee injury for #Browns QB Baker Mayfield, we delved into #Steelers star pass-rusher TJ Watt, who is week-to-week with hip and knee ailments. He’ll have more tests today, but the sack master is expected to miss some time. pic.twitter.com/nzc1akxU9o

“He is going to have an MRI today on all of his injuries, but from what I understand, he is considered week-to-week,” Rapoport said of Watt. “That means he is expected to miss some time. We’ll see if he has to miss multiple weeks or whether or not the Steelers put him on injured reserve to return. Doesn’t seem like it’s season ending, but week-to-week for T.J.”

Watt, according to Steelers head coach Mike Tomlin after the game, did indeed suffer an injured hip and injured knee when he sacked Lions quarterback Jared Goff in the second half of Sunday’s game. Watt went to the blue tent to get checked out after suffering the injury, but he never returned to the game.

Tomlin will hold another press conference on Tuesday, and that’s when we are likely to learn more definitive information on Watt’s injuries and if indeed he might miss some time. If Watt does miss time, the Steelers will likely have outside linebacker Taco Charlton start in his place.