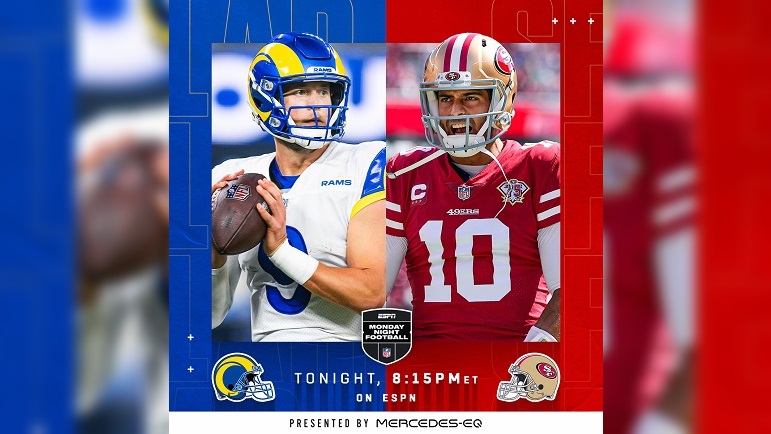 Week 10 of the 2021 NFL regular season will come to a close Monday night with the San Francisco 49ers hosting the Los Angeles Rams at Levi’s Stadium.