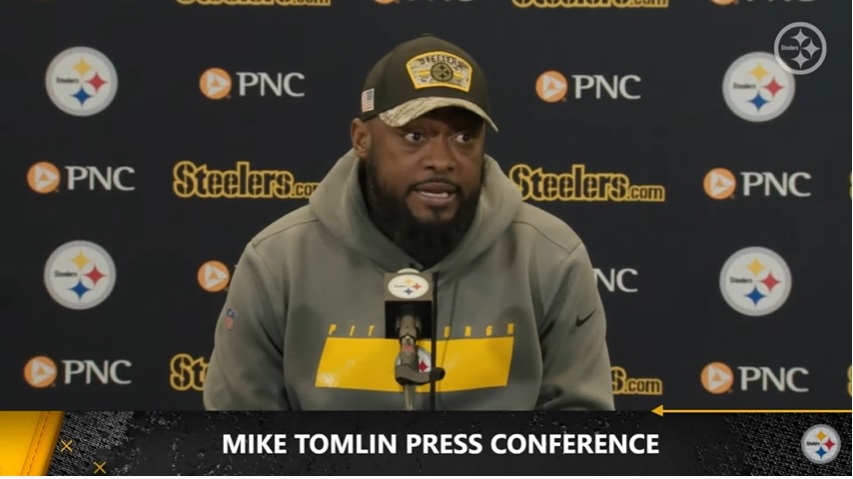 Talk is cheap. If there’s a sentence that can sum up Mike Tomlin’s Tuesday presser, it’s that one. The time is long passed to talk about the Pittsburgh Steelers’ issues. It’s now about fixing them, starting this Sunday against the Baltimore Ravens. In what is normally one of football’s most physical matchups, the Steelers haven’t looked like a physical team. And Tomlin isn’t guaranteeing the Steelers will turn the tide this weekend.

During his weekly presser, Tomlin was asked if the Steelers are still a physical team.

“We’ll see on Sunday, won’t we?” Tomlin said via Steelers.com. “Like I mentioned earlier, it’s put up and shut up time. Talking doesn’t get it done. I can quell you in that question with an answer but it’s not real. What we do in that stadium on Sunday is what’s real. And so we’re not seeking comfort. We’re not trying to quell the masses, if you will.”

The Steelers sure haven’t looked like a physical team for large portions of this season, especially the last two weeks. They came out lifeless against the Bengals, pushed around on both sides of the football. An inability to stop the run, an inability to run the football. The Bengals ran for their most yards in a game against the Steelers since 2000, led by Joe Mixon’s career-high 165 yards and two rushing scores.

“We stunk it up. And so we’re going to wallow in our stench for a while and wait for our next opportunity to play football.”

Tomlin explained the specific ways in which the Steelers could show more physicality.

“Effort. That man versus himself battle. We’ve got to challenge ourselves and we’ve got to dig down deep and be at our best in an effort to meet those challenges.”

Pittsburgh will certainly need to bring back their physical brand of football if they want to avoid a similar outcome against the Ravens. Baltimore is among the most run-minded teams in football, capable and more than willing to trot out extra tight ends, offensive linemen, and a fullback. Despite losing their top three running backs before Week 1, they rank second in the league at 150.7 yards per game. Their 4.6 yards per carry crack the top five mark in football.

Though the Steelers have contained Lamar Jackson in past games, they haven’t contained the Ravens’ rushing attack as a whole. In 2019, the Ravens averaged 180 rushing yards in their two games against them. In 2020, that number bumped up to 197. Baltimore has had a pair of 200+ yard rushing performances over the last four meetings. With the Steelers’ run defense among the worst in football, unless this group gets a lot more physical in a hurry, the Ravens could flirt with 300 on Sunday.