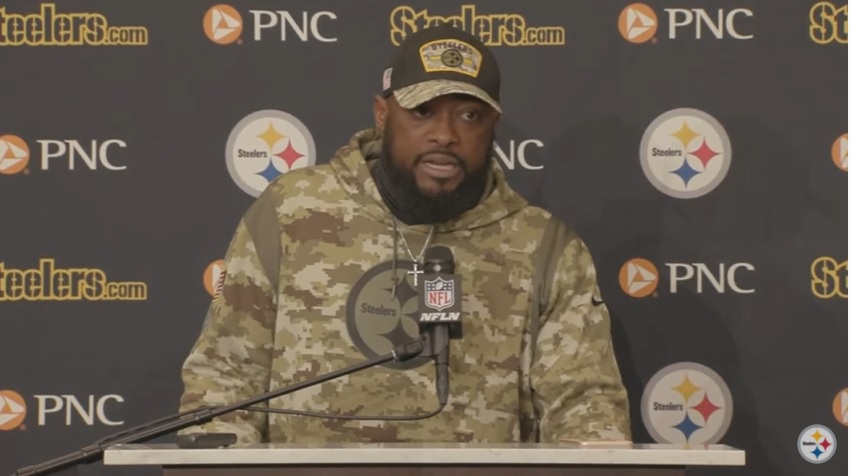 It shouldn’t be a surprise anymore the effort and impact that one Cameron Heyward has on a game for the Pittsburgh Steelers.

it’s certainly not that way anymore for Steelers’ head coach Mike Tomlin, who stated that “Cam is Cam” after the 41-37 loss to the Los Angeles Chargers in which Heyward made a touchdown-saving tackle on a long Justin Herbert scramble and then batted a pass in the air that Cameron Sutton intercepted, helping the Steelers get back into the shootout on Sunday Night Football at Sofi Stadium in Los Angeles.

Though the box score stats might not show an impactful player, Heyward was everywhere on Sunday night, drawing double and triple teams, tying up blockers and ultimately having a hand — literally — in a game-changing play.

“Cam is Cam. He gives us everything he’s got,” Tomlin said to reporters following the loss to the Chargers, according to video from the Steelers’ official YouTube page. “That’s why we love him and respect him, that’s why we elected him captain and that’s why he represents us in that way.”

Heyward certainly gave the Steelers everything he had on Sunday night, including the highlight reel chase down of Herbert inside the 10 yard line after a long scramble from the second-year quarterback. That’s become his trademark, chasing the football and showing guys how it’s done by example.

It’s scary to try and picture where this Steelers’ defense would be without a guy like Heyward in the middle of this defense, considering all that he does outside of the stats-stuffing plays he continues to make week after week.

After tonight’s performance on the national stage in front of a national audience, hopefully Heyward starts to generate some Defensive Player of the Year talk. He put the Steelers’ defense on his back on Sunday night and nearly led them to a win.

"I put the team on my back"