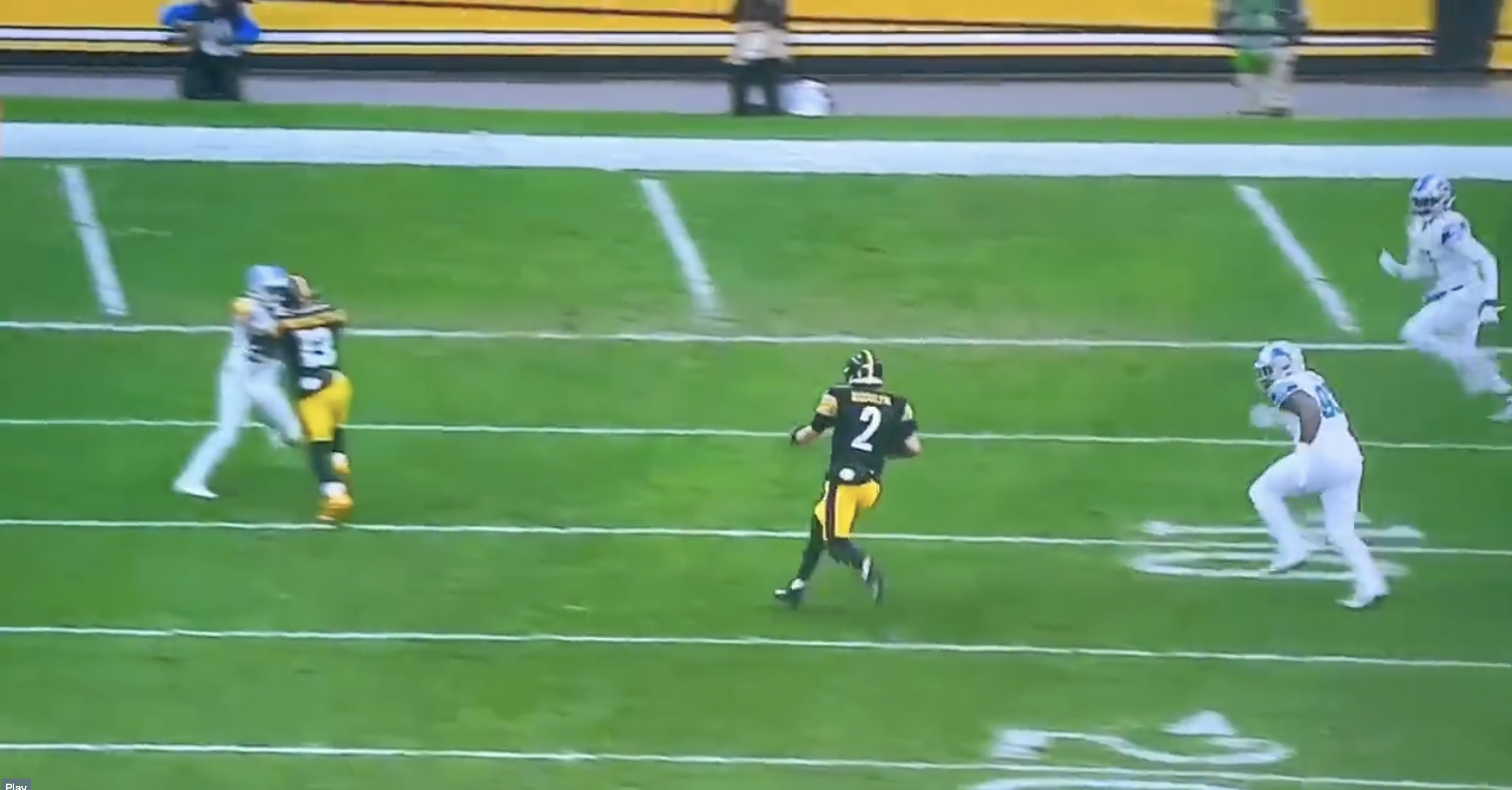 Pittsburgh Steelers’ backup quarterback Mason Rudolph had a real opportunity on front of him Sunday at Heinz Field against the Detroit Lions, getting a shot at showing the Steelers’ brass just what he could do once again.

Though he was about as expected throwing the football in poor conditions in the 16-16 tie against the winless Lions, Rudolph showed something the Steelers simply haven’t seen from him during his four seasons in the Steel City: the ability to make plays with his legs.

Rudolph rushed twice times for 38 yards, excluding the two kneeldowns the veteran quarterback had in the tie. In fact, Rudolph’s 26-yard scramble showed he is feeling much more confident and comfortable in the pocket and looked to take advantage of some running space, catching the Lions off guard.

Asked after the game about his ability to make plays with his legs, Rudolph stated he was just trying to take advantage of the running room the Lions provided in those situations, helping the Steelers move the chains in the process.

“I mean, I’m trying to extend the play with my legs and it doesn’t happen often,” Rudolph said to reporters Sunday following the tie, according to video via Steelers.com. “…When there’s room there to call your own number, I enjoy that, just to try it. I was trying to think about ball security…two hands on it and, and don’t try to be a hero and then lose the football. So, yeah, I enjoyed that stuff.”

Rudolph did a really nice job being decisive in the moment, taking off down the left sideline for the 26-yard scramble and then followed it up late in the drive with a 12-yard scramble, lowering his shoulder at the end to dish out some punishment to an unsuspecting Lions’ defensive back at the end of the run.

Though neither were designed runs, the fourth-year quarterback was able to show an element of his game that he hadn’t really shown in the NFL. Sure, Rudolph had 28 career carries coming into the game, but hadn’t many any plays on the ground like he did in Sunday’s performance. It’s worth noting this has always been an element of the game that Rudolph could certainly handle, especially coming out of Oklahoma State where he ran for 17 career touchdowns and was a running option on RPOs.

It’s highly unlikely Rudolph all of a sudden starts pulling the ball down and scrambling more often from here on out, but it’s great to see it’s a part of his game, and that he can still move when needed.