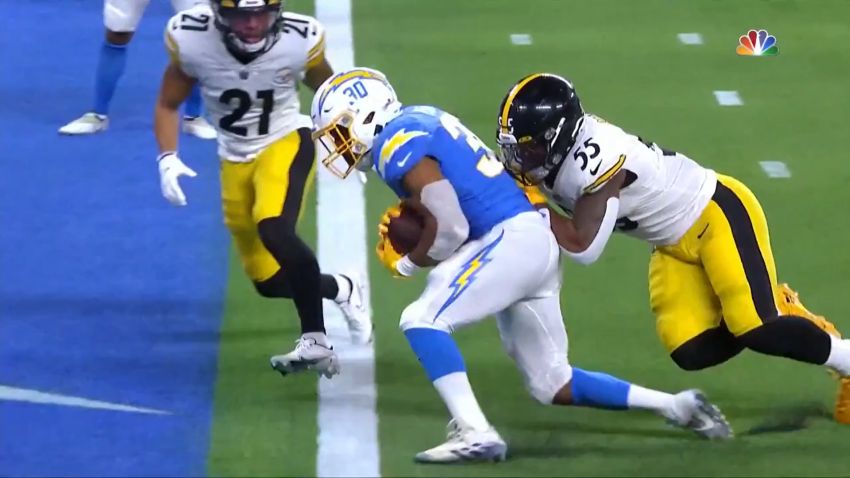 Whatever the reason may be, Devin Bush isn’t playing well enough this season. And while he’s far from the only one struggling, no one on this Pittsburgh Steelers’ defense has been under the microscope like he has. Bush is coming off a poor performance against the Los Angeles Chargers Sunday night. Speaking to the media Thursday, Keith Butler outlined how Bush can turn his season around.

There’s no question there’s a lot on the plate of any off-ball linebacker, especially in the Steelers’ system. In Pittsburgh, Bush is close to an every-down player, playing 80%+ of the time in six of his nine games this season (he logged 79% of the snaps against LA), and is tasked to play the run, cover, and blitz.

But he’s a third-year player who should be able to digest what the Steelers’ defense is asking him to do. There have certainly been moments where Bush felt slow to read the play, sapping him of his athletic ability that doesn’t appear to be severely hampered by the knee injury. There’s been plays this year where he’s flashed the speed that got him drafted. But it’s been far too infrequent.

The messaging there is a little mixed, saying that Bush has “got to do” and “he does” in the same response, so it’s hard to gauge if the team is unhappy with his effort. Bush should be commended for how he worked to rehab his torn ACL, in the middle of a pandemic no less, just to get his body ready for the start of the year. But he can only be judged by how he’s playing and he’s falling short of that mark.

Butler said he was unsure if the knee injury was impacting Bush’s performance.

Given how poor the Steelers’ run defense has been this season, tied for dead last in the NFL allowing 4.8 YPC, and given Butler’s comments, it may be time for Pittsburgh to try something different. Playing Robert Spillane in the team’s base 3-4 in more run-likely situations over Bush would make sense. Spillane is the more aggressive, downhill player, and in the team’s eyes, an asset on blitzes. Bush could still have a role in nickel packages and perhaps scaling back and focusing his role and plays will improve his “see to do” that he seems to be lacking.