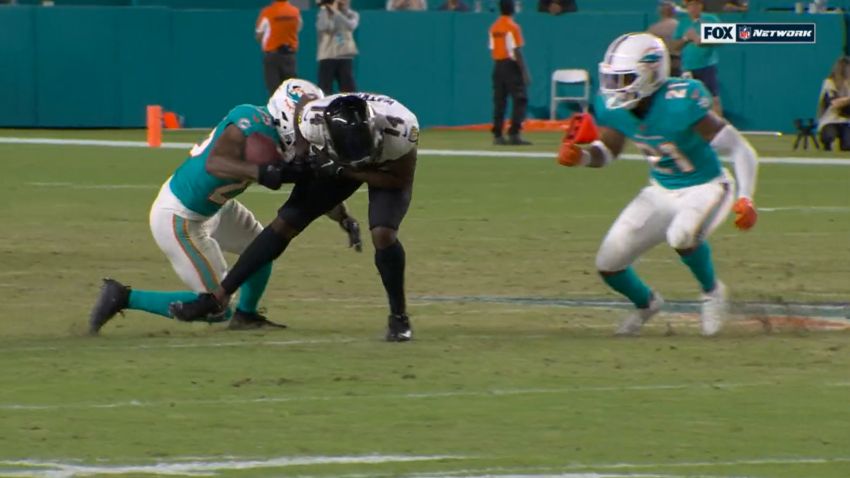 The Pittsburgh Steelers are waking up today as the happiest team in the AFC North, having just watched the division-leading Baltimore Ravens drop a surprising game, 22-10, to a Miami Dolphins team that was juggling two injured quarterbacks by the end of the team.

The loss leaves the division lead open for the Steelers should they defeat the 0-8 Detroit Lions on Sunday. Meanwhile, both the Cleveland Browns and Cincinnati Bengals are still finding themselves. The Bengals have lost two straight after starting 5-2.

The Browns are coming off of a huge 41-16 win over the very Bengals we were just talking about, but they have lost three of their last five games, their only other win being against a Denver Broncos team that hasn’t been very good of late. Both teams have catching up to do, and Cincinnati is surely relieved to be on a bye.

Now, back to the Ravens. They have been toying with defeat all season, having previously won three games this year in which they trailed by double digits, something they had never been able to do in the Lamar Jackson era before this season. Last night was not one of those nights, and head coach John Harbaugh owned the loss on himself.

Hat’s off to the Dolphins. They played a very good football game. Outcoached us, outplayed us, and won the football game. So, the bottom line is this falls squarely on me as the head coach. We were not prepared the way we need to be prepared. Our schemes weren’t up to snuff and we weren’t prepared to execute the way we needed to. That’s it. Not on one player. Our players played their hearts out. They worked hard all week. We did everything we could to be prepared and we just weren’t ready. That’s on me.

The Ravens went just 2-14 on third down. Though they were not a good third-down team already coming into the game, that was really quite atrocious. They couldn’t get the run game going, either, falling short of the 100-yard mark. Le’Veon Bell rushed for one yard on three carries.

They did not get their touchdown until 4:16 remaining in the fourth quarter, having done with just a field goal during the first 55 minutes of the game. Baltimore ranked seventh in points per game coming into this contest—though they are actually 21st in point allowed as well.

Of course it’s never easy to be the road team on a short week, which the Ravens were. Still, it’s hard to justify this performance. They had no answer for the Dolphins’ blitzes, even though they certainly should have, and the defense blew huge coverages multiple times as they adjust after losing a starting safety on Sunday.