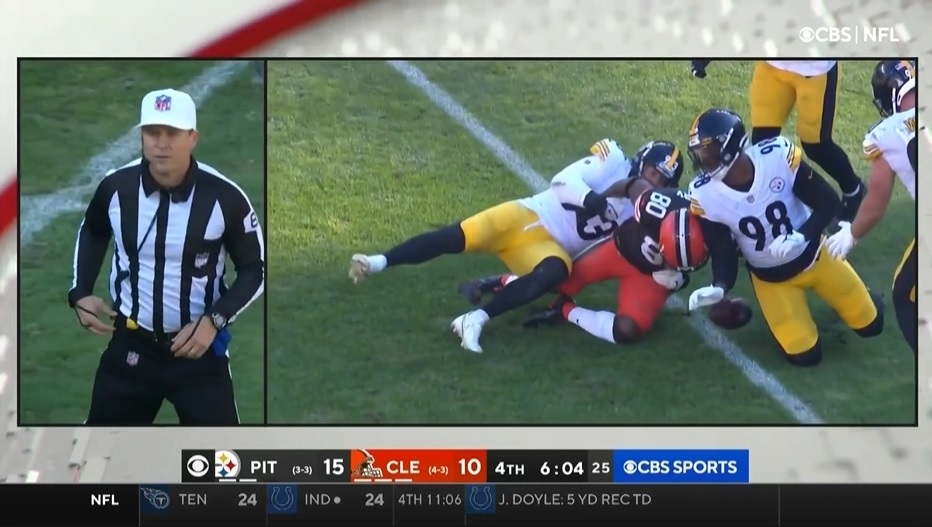 Taco Charlton made his Pittsburgh Steelers’ debut Sunday and according to teammate Joe Schobert, Charlton more than held his own. Speaking with reporters Monday, Schobert said Charlton’s play more than met the team’s next-man-up standard.

“I don’t think there was much drop-off at all when Taco was in the game,” Schobert said in audio provided by the team. “He came in and that’s what pretty much every NFL coaches is. The next man up philosophy. You better be ready when your opportunity presents itself. Because an opportunity will present itself. And if you step into it and do your job, you’re going to be in the league for a long time.”

Charlton has been in the league for years, drafted two spots ahead of T.J. Watt in 2017, but his career certainly hasn’t taken the path Watt’s did. Charlton fell out of favor in Dallas and has spent recent years with the Miami Dolphins and Kansas City Chiefs. He signed to the Steelers’ practice squad in late September and spent his first six weeks with the team there. Pittsburgh elevated him to the 53-man roster for yesterday’s game after Melvin Ingram was ruled out with a groin injury.

Charlton logged ten snaps in Sunday’s victory, not registering on the box score. Predictably, he wasn’t used on special teams just in the way Ingram hadn’t. Derrek Tuszka is serving the role of backup EDGE special teamer. Charlton, though, was versatile in limited playing time. According to our charting, we have him lining us a RILB, LOLB, ROLB, LDE, and LILB, and dropping into coverage once on his seven passing snaps. From my watching, Charlton looked fluid and comfortable despite being a bigger and longer player out on the edge.

Charlton was around the ball on Joe Schobert’s forced fumble on Jarvis Landry, though it doesn’t appear he impacted the turnover.

In all though, Schobert considered Charlton an asset.

“I think he stepped in. There was not any noticeable drop-off from him playing as the other guys. And he was a good asset for our defense.”

With Ingram’s future in Pittsburgh uncertain, though figured to be determined this time tomorrow, Charlton could see a permanent role in the Steelers’ defense.