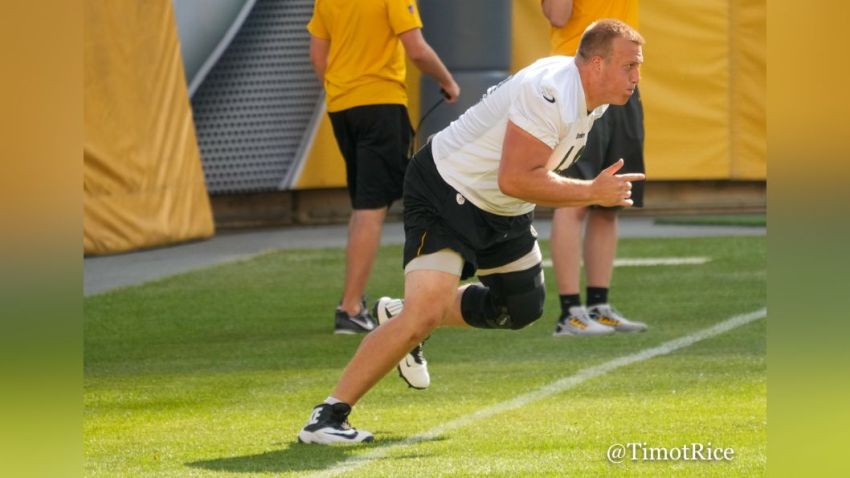 The Pittsburgh Steelers could be dealing with a slew of injuries and players sitting out of this game due to COVID. Across the board, it creates a next-man-up approach. Along the offensive line, a unit likely to be without Kevin Dotson this weekend, J.C. Hassenauer appears to be on track for getting the nod over B.J. Finney and Joe Haeg.

Though not confirmed, the line of questioning from reporters this week seem to indicate Hassenauer has been working with the 1’s during the week of practice. Kendrick Green was asked Friday what it was like having Hassenauer next to him as opposed to Hassenauer being the team’s backup center.

“J.C. is a smart dude,” Green told reporters via Steelers.com. “It’s like having another set of eyes out there with me. Because he’s a center as well.”

Undrafted out of Alabama in 2018, Hassenauer initially signed with the Atlanta Falcons. He spent time with the AAF’s Birmingham Iron’s squad before being signed by the Steelers to a contract in April of 2019. He spent the year on and off the practice squad but stuck in 2020. After multiple injuries up front, he earned his first start late last season and ultimately made three more, logging 305 snaps.

During the summer, he earned a B- grade for his camp and preseason performance. In our review, we wrote:

Over the first nine weeks of 2021, he played a handful of snaps but was forced to fill in for Dotson last week, who suffered a high ankle sprain that will almost certainly keep him out of Sunday night’s game against the Chargers. Hassenauer ended up playing 54 serviceable snaps. Now, he’ll make career start #5 in Week 11.

At Alabama, Hassenauer was briefly teammates with RB Najee Harris, a senior during Harris’ first year on campus.

Now running behind Hassenauer, Harris will find his way against LA.