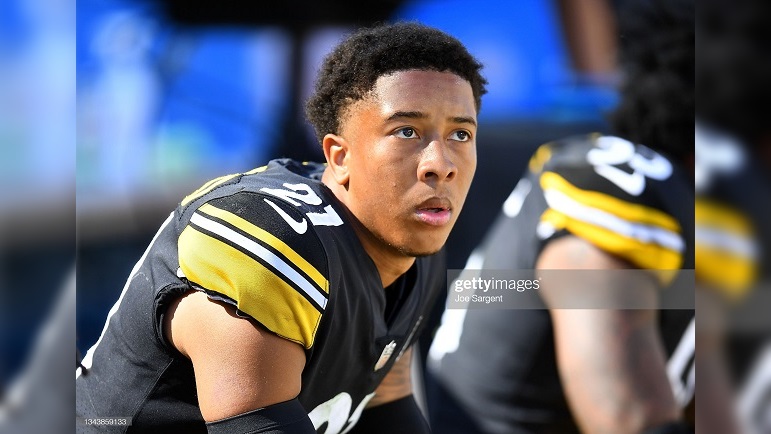 As things look right now, the Pittsburgh Steelers won’t have safety Minkah Fitzpatrick for the team’s Sunday night road game against the Los Angeles Chargers, as he’s currently on the Reserve/COVID-19 list. With that looking likely to be the case, Steelers defensive tackle Cameron Heyward was asked during his Thursday media session what kind of impact he foresees not having Fitzpatrick Sunday night will have on what the defensive unit might be able to do in that primetime contest.

“I don’t know,” Heyward said, according to team video of his press conference. “I think we’re going to have to have guys step up. I’m not exactly sure who, but that’s why you’ve got a 53-man roster. You know, there’s going to be injuries. There’s going to be times where you’re not at a hundred percent on defense or offense and we’ve just got to make sure the d-line has to step up a bunch; inside linebackers, corners, we all have to do our part to make sure we minimize the role of Minkah not playing.”

One player on the Steelers’ roster that’s sure to have more of a role on Sunday night against the Chargers should Fitzpatrick indeed miss that contest is rookie safety Tre Norwood. With that likely to be the case, Heyward was asked on Thursday to reveal what he’s seen so far out of Norwood so far this season, especially with him already being asked to play quite a bit in the defense so far during his rookie season.

“You know, it’s funny, when he got drafted, Coach [Tomlin] called him the Swiss Army knife and he has been that for us,” Heyward said of Norwood. “Every time I see him, I’m always like, ‘Tighten up Tre.’ And I feel like when we get out there every time he’s tightened up and he knows where he needs to be. He’s a young kid that’s always on the move and always on the rise.

Norwood, the Steelers’ seventh-round draft pick this year out of Oklahoma, has already played 224 total defensive snaps so far this season on his way to registering 19 total tackles. He’s moved all around in the defense so far this season. On Sunday night against the Chargers, Norwood will likely see quite a few defensive snaps as the free safety position, the spot Fitzpatrick usually mans the most.

The Chargers have a nice pair of wide receivers in Keenan Allen and Mike Williams, in addition to an experienced tight end in Jared Cook. Should Norwood indeed play a lot of snaps on Sunday night against the Chargers, count on him being targeted quite a bit via some shot play concepts to see how he handles them. Regardless of how and if the Chargers offense targets Norwood Sunday night, Heyward seems to think the Steelers young safety will be up to the challenge.

“And I just think he does so much for this team,” Heyward said of Norwood on Tuesday. “You know, a lot of stuff under the radar, but I think he’s going to be a valuable piece of the equation down the road.”

Unless Fitzpatrick winds up playing Sunday night, that road will likely start in Los Angeles at Sofi Stadium.