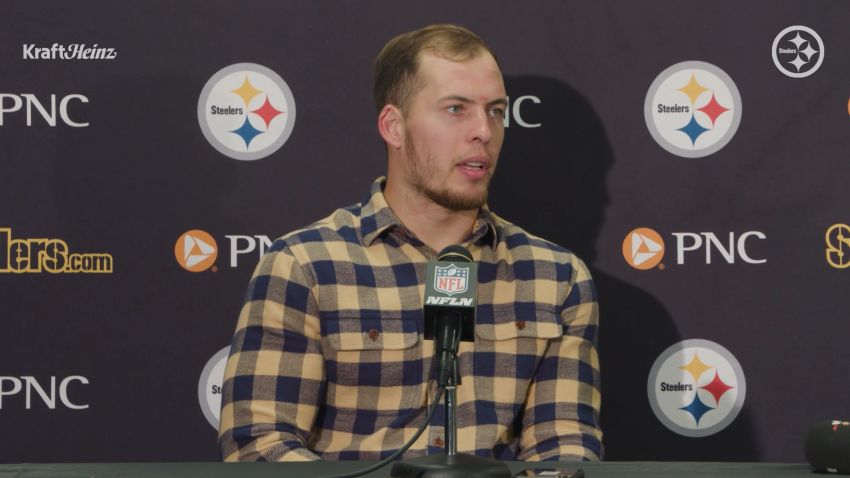 Pittsburgh Steelers inside linebacker Joe Schobert is one of the newest members of their team, and yet one of the more experienced as a sixth-year veteran and former Pro Bowler. His perspective is something that has been sought out because of that sort of insider-outsider factor, having only been here since August and yet being a full-time starter.

When he mentioned ‘taking practice seriously’ after Sunday’s game, that comment blew up a bit, and certain individuals on the Steelers beat tried to blow it up even more, so I think it’s important that we put it in context. I’ll transcribe the relevant portions, but I also urge you to watch the video so you see how Schobert is speaking.

Question: There was an emphasis on missed tackles leading up to the Browns game—can you guys respond holding them down. How frustrating is it to see that same problem?

Answer: Yeah, it’s something that we have to go and execute, and it’s hard to execute in the middle of the season at practice. It’s something we have to work on to get ourselves into those positions and take practice seriously to be able to improve on it.

Question: Do you feel the same way about the penalties? You maybe regressed a little bit in improving that department?

Answer: Yeah, it was a sloppy game all around today, just conditions, plays, penalties on the field. I know we’re bringing refs in to practice to try to cut down on that. With tackling, you have to just execute it and take it seriously in practice to be able to show up on Sunday.

There is something to be said for the wet conditions in the game, which did show up in numerous ways in terms of handling the ball and footing, but that doesn’t wholly justify, by any means, the woeful tackling that the Steelers displayed, worse than their opponents, throughout the majority of Sunday’s game.

Given what Schobert said and how he said it, however, I do not believe by any means that he was claiming that the team, or some players, in any way were being negligent in practice and not taking it seriously.

If you actually take a look at the numbers, the Steelers are pretty middle-of-the-pack as far as missed tackles are concerned. The reality is that tackling efficiency is a leaguewide problem; the Steelers are far from an aberration in that regard, and yes, it does have something to do with the limited opportunities to practice it, something Pittsburgh does take full advantage of in comparison to other teams.

Addendum: After writing this article, Steelers beat write Alan Saunders shared a media transcript of the Schobert press conference that included an additional follow-up question that was not included in the short video of his media session that was posted on the team’s website. He was asked specifically if he felt they were not taking practice seriously recently, and you can read his answer below:

Since apparently, this is a thing, here are #Steelers ILB Joe Schobert’s full remarks from Sunday regarding practice and how it relates to the team’s issues. pic.twitter.com/8H52P7CvKh