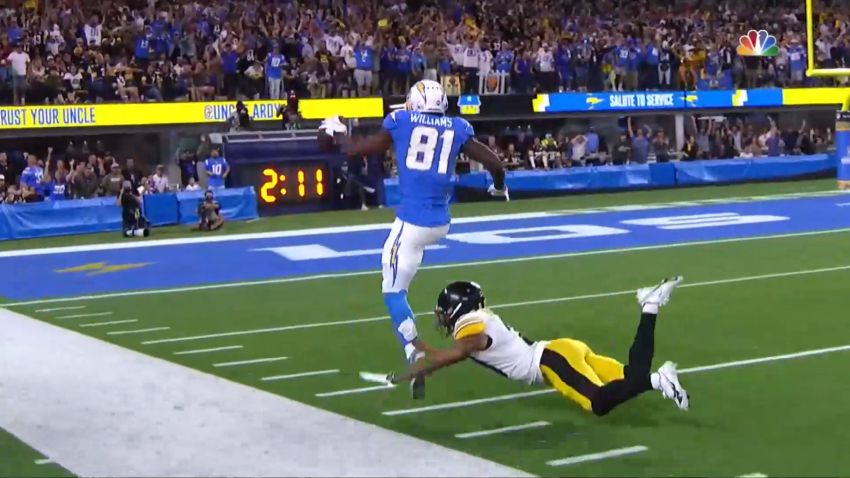 One of the favorable aspects of being the Pittsburgh Steelers is that you’re rarely going to face a really overwhelmingly hostile crowd. Certainly, as long as you’re taking care of business in the game, you’re always going to benefit from your own homefield advantage, but the Steelers sometimes even find that on the road.

The primary destination for that in recent years has been in Los Angeles against the Chargers, and that was no different tonight, even as they present themselves as a team on the rise with quarterback Justin Herbert and head coach Brandon Staley. But the home team was ready for the hostile crowd, Staley said after the game:

It just tightened our focus. That’s all it did. We were prepared for it. We deal in reality here, and we knew that this crowd was gonna show up. Our players were ready for that environment, and they thrived in it. You can tell by the way we played, because our offense and defense came ready to play tonight, and we played a real NFL team today, and that was a real NFL win. I just can’t say enough about the toughness and resilience of our group, and that’s what we’re trying to build here, and today was a good step in the right direction.

The Steelers in recent years have actually managed to knock off the Chargers a couple of times with backup quarterbacks, namely Mike Vick and Duck Hodges. They only narrowly avoided starting Mason Rudolph in last night’s game, but Ben Roethlisberger just got back out of the COVID-19 protocols after testing positive last Saturday.

Pittsburgh entered the fourth quarter trailing by 17, but somehow managed to storm back, with three touchdowns from Najee Harris, Eric Ebron, and Pat Freiermuth, the Chargers adding another score of their own in between.

A pair of Chris Boswell field goals was enough to put the Steelers over the top, but it proved temporary, thanks to a 53-yard connection from Herbert to Mike Williams, who provided the game-winning score after Pittsburgh came storming back, thanks to a blocked punt, an interception, and a turnover on downs forced.

They are certainly not going to be able to count on such a friendly away crowd next week against a Cincinnati Bengals team that for the first time in several years is finally looking viable, especially considering they’ve beaten the Steelers the last two times they’ve played, including earlier this year.