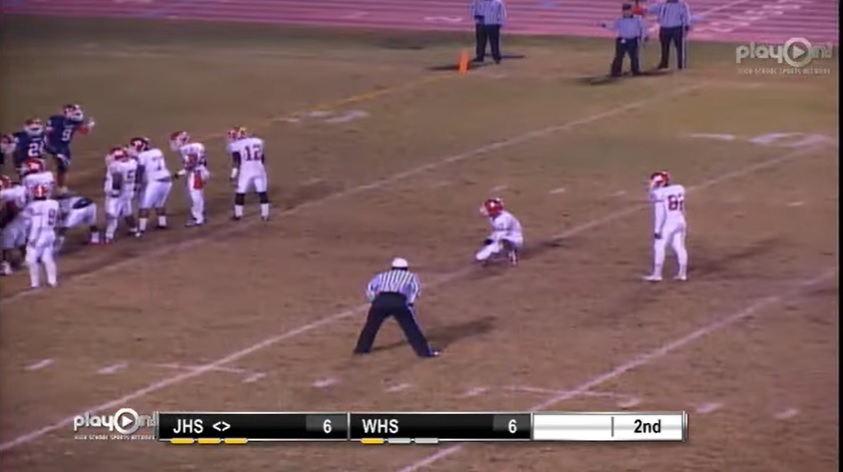 After Chris Boswell went down Sunday, it made sense that Pressley Harvin III became the team’s next option at kicker, even if it’s something he’s essentially never done before. But it led to a more interesting question of who is going to hold? Harvin was the starter, and normally the backup is Ben Roethlisberger. If Harvin ever got hurt in a game, Roethlisberger would come in.

But because Harvin’s inexperience at kicker, the team decided against risking Roethlisberger hold should Harvin mis-hit and kick Roethlisberger’s hand instead. All of that is to say cornerback Cam Sutton became the team’s emergency holder, one of the strangest sights you’re going to see.

Talking with reporters Thursday, Sutton said he was prepared to get the job done.

“[Assistant Blaine Stewart] came to me, Blaine works with special teams as well,” he said in a tweet via The Trib’s Chris Adamski. “One of those experimental things during the game if I could do it. Obviously I could. It’s nothing new to me. Held for high school, college. I’ve done all that stuff. Opportunity to keep the flow of the game going. Not a moment I’m necessarily accustomed to. But got our reps on the side and if it ever came to that, we would’ve been ready.”

Steelers CB Cameron Sutton on being an emergency holder for placekicks Sunday at Browns pic.twitter.com/AUZcXQjsVM

Despite a half-hearted effort, I couldn’t find any clips of Sutton holding while at Tennessee. Perhaps he was the backup holder there, too. With roster sizes so big, there’s no reason to believe Sutton was the starter but if you have other evidence, let me know.

However, I did pull a clip of Sutton from his days at Jonesboro High School in Georgia. Here he is in the playoffs and last game of his high school career, #7, serving as the team’s holder (they even showed a swinging gate formation). Look at him corral that high snap (the choppy video is not my fault, by the way).

Funny enough, on Sutton’s only other hold of the game, his team ran a successful fake for the two-point conversion. Sutton also served as the team’s punter. Like most stars of their school, he was Mr. Versatility. That Swiss Army Knife ability coupled with his football IQ impressed Pittsburgh enough to draft him, and confident enough to give him the chance to hold Sunday, though Sutton was never pressed into action. Let’s hope he never has to be.