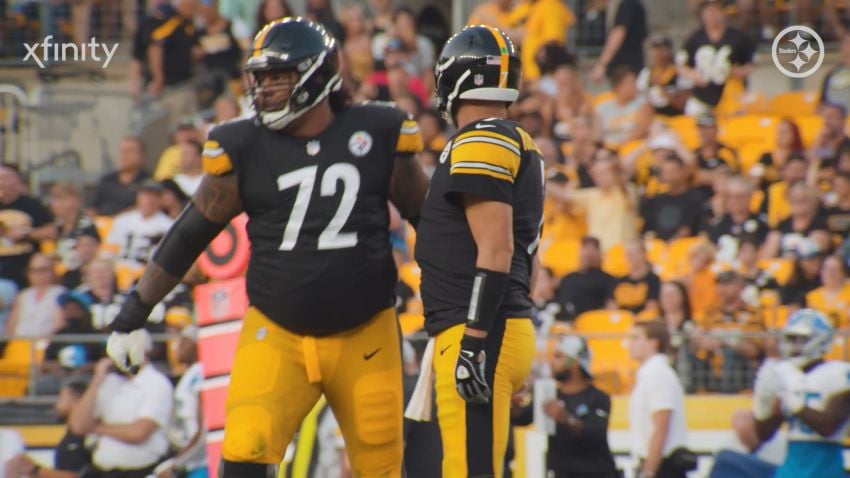 Topic Statement: Zach Banner will play on offense this week.

Explanation: Despite being on the 53-man roster since Week 6, Zach Banner did not dress for a game until this past Sunday, getting a helmet over interior lineman B.J. Finney. He did not play on offense, but he did take over at right ‘guard’ on the field goal unit after Kevin Dotson was injured, playing three snaps on special teams.

First thing’s first: With Kevin Dotson’s injury, Banner is going to dress. That’s the first step toward actually playing, right? Last week was the team getting his feet wet, even if it wasn’t entirely planned. He only took over on the field goal unit because Dotson got hurt. But he did play, even if a very minor role.

He was able to play, though, because they dressed him, and that’s a decision they made, not one that they defaulted into. They chose to sit an interior lineman who had dressed for the first eight games for the purpose of dressing him. That’s a sign that they have a plan to bring him along.

Maybe he’s not going to start at right tackle over Chukwuma Okorafor, but that tackle-eligible role is just sitting there waiting for him, and I’m sure they’d like to break that out for their running game. He played that role well in 2019, and it would be the perfect way to ease him back into stadium work.

I can’t speak to why the Steelers chose to dress Banner this past week and sit Finney, beyond the fact that it indicated their level of comfort in Joe Haeg’s ability to give them quality snaps at guard (on which he proved them right).

But there’s nothing about the way the game transpired that suggests his role will be any different this week on the offensive side of the ball. Matt Canada is not a big eligible guy, and they have two blocking tight ends now in Zach Gentry and Pat Freiermuth. They didn’t have that for years when they were using the eligible. He’ll dress by default due to the injuries along the offensive line, but he’ll only play if there are multiple injuries in-game, with Haeg the first man up as swing tackle.