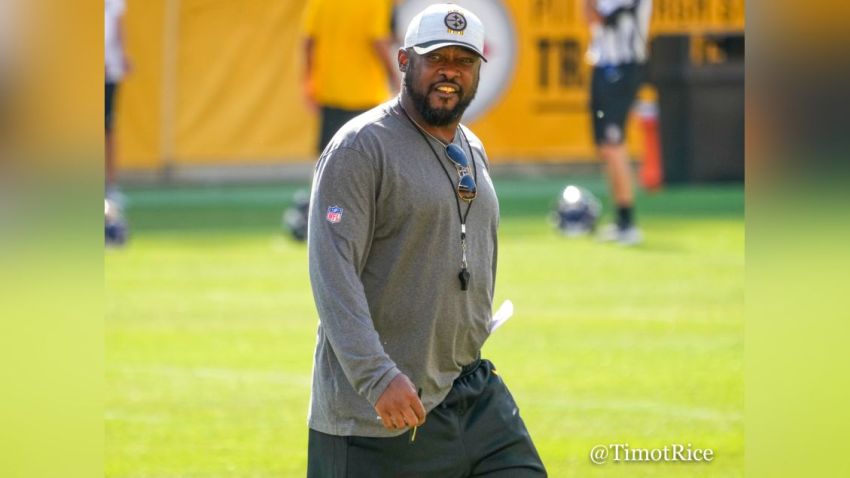 Topic Statement: Head coach Mike Tomlin has a resume that would get him into the Hall of Fame if he never coached another game.

Explanation: After Tomlin recorded his 150th career victory this week, his candidacy for the Hall of Fame has been the subject of conversation, with multiple players being asked their thoughts, and television pundits weighing in. We’ve delved into it on the site before, but it’s time to measure it up to the buy or sell.

150 wins (and counting) in 15 seasons will do the trick. Of the 19 head coaches with more wins, 12 are in the Hall of Fame or are not yet eligible because they are currently active. Of those who are not in, none have both a Super Bowl title (or equivalent championship) and a winning percentage of .600 or better.

Mike Shanahan, Mike Holmgren, and Tom Coughlin have all won championships. None of them won 60 percent of their games, though Holmgren came close at .592. And he will quite possibly make it into the Hall of Fame himself.

But Tomlin has an exceptionally good record, nearly .650. Only Don Shula, George Halas, Bill Belichick, Paul Brown, Tony Dungy, John Madden, and George Allen, among the 42 other head coaches with 100-plus victories, ever retired with a better winning percentage.

What’s more, he has only won a postseason game in four of his 14 prior seasons. While he was better in the regular season, a guy like Tom Coughlin has a 12-7 postseason record, and he’s not in the Hall of Fame. And he has two Super Bowl titles. He has 170 career victories. Holmgren won 13 postseason games and has a championship. Not in. Shanahan, two Super Bowls and a winning record in the playoffs. Not in.

Tomlin’s most relevant comp is Bill Cowher. Would Cowher have gotten into the Hall of Fame, at least any time soon, were it not for the literally once-a-century Centennial Slate Hall of Fame class that specifically reserved two seats for head coaches (the other being Jimmy Johnson)? No. He wouldn’t have. There are only a couple dozen head coaches who are even in the Hall of Fame as coaches, so it’s not as though it happens every time. There are more contributors in the Hall than there are head coaches. It’s just not enough to be great in the regular season.