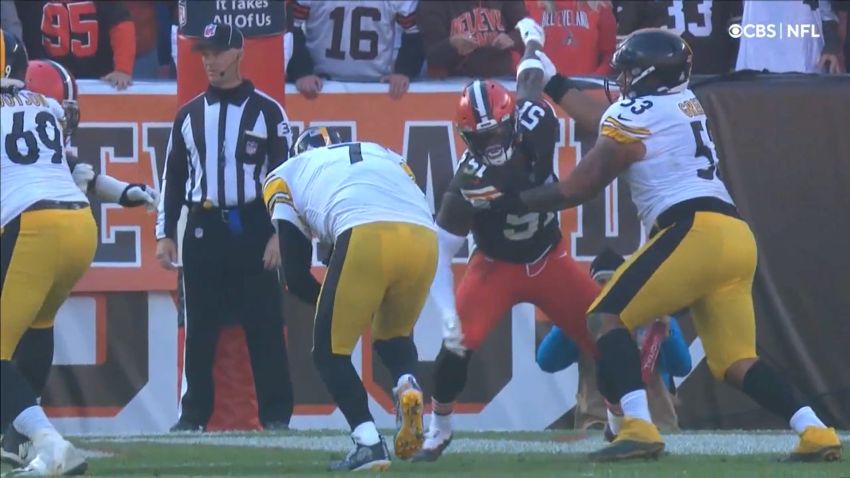 Much like a fastball pitcher, any quarterback who at all relies upon his physicality or athletic ability to succeed in his profession is going to find himself at a crossroads as he gets older, recognizing that he has to adapt in order to continue having success as his natural abilities diminish.

That is very much what we have seen with Pittsburgh Steelers quarterback Ben Roethlisberger in a gradual process over the course of the past decade or so. As a young athlete, he would thrive on the unscripted play, in which he could buy extra time by throwing off a would-be tackler and hit the open man five or six seconds after the snap.

Such plays of that nature are few and far between at this stage of his career at the age of 39. But it’s not so much an inability to do those things anymore—or at least some of those things—and rather more about playing a smarter style of football. It’s not by design, necessarily, that he’s not regularly ad-libbing; he’s just been more efficient in avoiding making those situations necessary. But he’s still willing to extend the play if he has to.

“If it takes it to win”, he told Dan Patrick earlier today, then yeah, he would absolutely take on that extended-play role again. “Did you see me go for that two-point conversion the other day?”, he asked his host, which drew a laugh.

Of course, the play ended up not counting because rookie center Kendrick Green was flagged for a holding penalty on the play. And they only went for two because kicker Chris Boswell suffered a concussion running a fake field goal earlier on. But that is an example of him being willing to use his body ‘if it takes it to win’.

At the same time, he’s fully aware of how his body has changed over the course of what is now nearly two decades since he first entered the league. He’s certainly not the same player who became the youngest quarterback to hoist the Lombardi Trophy back in 2005.

“I didn’t say athletics”, he shot back at Patrick when his host credited him by saying it was “quite an athletic move”. “There was no athleticism there, it was more about heart, and I’m willing to do what it takes. That took about 15 seconds to run two and a half yards”.

Roethlisberger, of course, was never a ‘running quarterback’, certainly nothing like a Josh Allen. The only time he recorded more than 40 carries in a season was as a rookie, with 56, and he only recorded at least 200 yards rushing once, and that was just 204 yards.

It was more about mobility in the pocket, or the ability to move the pocket and hit plays on the run. I’m sure he would do it more if he needed to do it more. He still very rarely throws the ball away. He’s just improved in other areas in which he was deficient, such as diagnostic speed, which has allowed him to react quicker. A willingness to take the checkdown has also played a major role in his sitting back in the pocket more and saving his body.