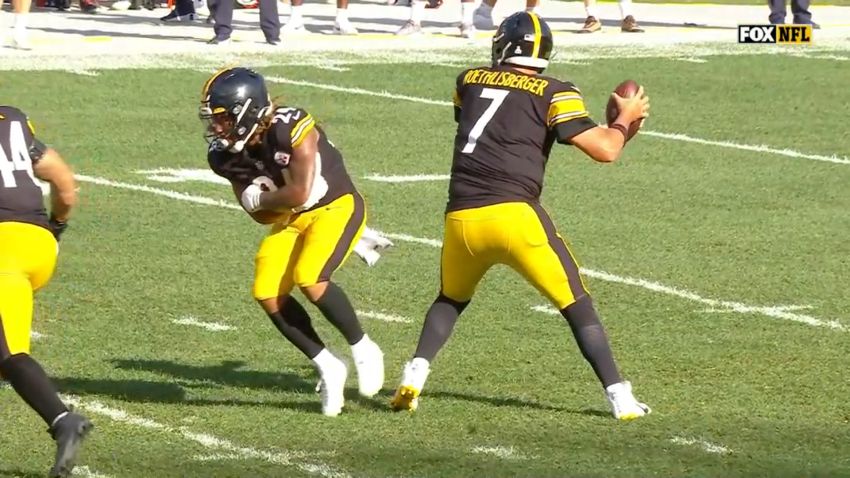 The Pittsburgh Steelers will face off against the Chicago Bears Monday night in primetime under the lights at Heinz Field. Pittsburgh is riding a three-game winning streak and will look to extend that streak with another victory against a reeling Bears squad. The offensive deficiencies for Chicago have been well-documented, with head coach and playcaller Matt Nagy seemingly having been on the hot seat for the past two seasons. Dave Bryan of Steelers Depot tweeted out Sunday that the Bears rank dead last in the league in passing yards per game, averaging 127.4 yards, and last in the NFL in passing yards per play, averaging 4.90 yards. Rookie QB Justin Fields has struggled since earning the starting job, seemingly running for his life in every contest.

To Fields’ credit, he did post 103 yards rushing against San Francisco last week, and will likely get RB David Montgomery coming off IR to play at least some role in this game. However, Chicago is dealing with a lot of injuries up front along the offensive line, and in addition to the lack of a passing game, Fields has accounted for seven interceptions and eight fumbles (two lost) in his time under center compared to only five total touchdowns on the season. Should Pittsburgh’s defense revert to its ways back in 2020 when they produced turnovers in bunches, Pittsburgh will have the chance to capitalize offensively with short fields and more possessions to put points up on the board.

The question is whether Pittsburgh can take that step forward offensively. The team currently ranks 24th in total yards (17th in passing, 28th in rushing) according to Pro Football Reference which is a far cry from being near the top of the league in total offense several years ago. However, the team has steadily been improving on the offensive side of the football. They have posted 345 total yards or more in their last three games, which all have resulted in wins. This directly plays into the vast improvement in the running game for the Steelers, who have averaged 127 yards on the ground during their winning streak compared to the meager 55 YPG average they had in their first four contests.

Pittsburgh will look to keep things rolling against a historically stout Bears defense Monday night. Interesting enough, the Bears are allowing 125 YPG on the ground thus far in 2021, ranking 24th in the NFL. On top of that, the run defense has been particularly poor in recent weeks, surrendering 154 yards to the Packers, 182 yards to the Buccaneers, and 145 yards to the 49ers on the ground in their last three contests. For a team like Pittsburgh looking to establish the run early and run successfully late, this looks like a matchup the improving offensive line along with RB Najee Harris should look to exploit.

Another key point to consider is who may not be suiting up for the Bears on the defensive side of the football. All-Pro EDGE Khalil Mack has already been ruled out of the game with a foot injury, and Pro Bowl S Eddie Jackson is currently listed as doubtful to play with a hamstring injury. Mack and Jackson are Chicago’s two best defenders, with Mack wreaking havoc along the LOS both in the run game and as a powerful pass rusher, making his absence a breath of fresh air for the likes of Dan Moore Jr. and Chukwuma Okorafor.

Jackson is a ballhawk in the secondary and has the range to cover the field on the back end, deterring offenses from challenging the defense vertically. Should he miss the game, QB Ben Roethlisberger could get more advantageous looks down the field to Diontae Johnson or Chase Claypool to attack the secondary down the sideline for explosive plays in the passing game. LB Alec Ogletree is also listed as questionable with an ankle injury, presenting the possibility that yet another contributor could miss the Monday night matchup.

Dave Bryan and Alex Kozora have stated several times on the Terrible Podcast recently that Pittsburgh is set up to play themselves right into the thick of the playoff picture in the AFC with matchups against the Bears and Lions the next two games. Two wins in the next two weeks would put Pittsburgh at 6-3, giving it a good chance of at least qualifying for the Wild Card, if not pushing the Baltimore Ravens for the AFC North crown. Should the defense take care of business against a porous Bears offensive unit, things are shaping up for the offense to return the favor against a beat up defense, having made the necessary improvements in recent weeks to be a respectable offense ready for takeoff.

What are your thoughts on the Pittsburgh Steelers matchup with the Chicago Bears, specifically on the offensive side of the ball? Do you think the Bears could be exploited on defense, potentially leading to Pittsburgh’s best offensive performance to date at home Monday night? Please leave your thoughts in the comments section below and thanks again for reading!