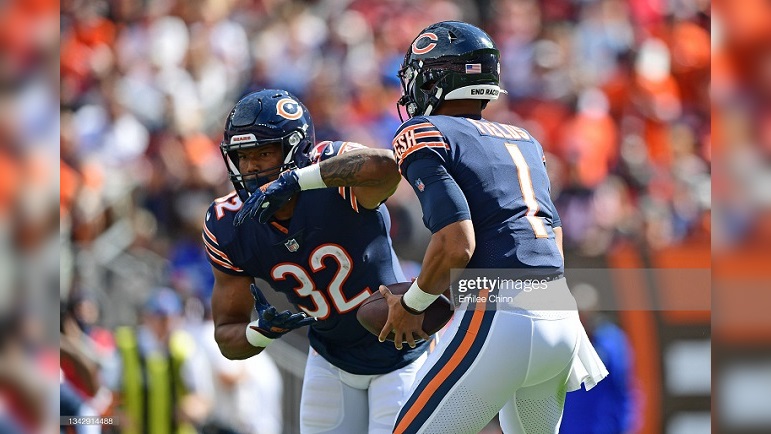 The Chicago Bears have added last-minute reinforcements to their offense hours before tonight’s game against the Pittsburgh Steelers, activating starting RB David Montgomery off injured reserve.

We have activated David Montgomery from IR.https://t.co/tPru4pf8iV

Montgomery had served as the Bears’ starter this season until a knee injury in early October sidelined him. He began practicing at the start of last week, a quick turnaround for him to officially get back to the team. In four games, he had carried the ball 69 times, averaging 4.5 yards per carry with three rushing scores.

Chicago’s running attack had remained strong even with him out of the lineup, a top five attack in some categories, including rushing yards per game. Montgomery could split time with rookie Khalil Herbert, who has run well in his absence. The Bears figure to rely heavily on their run game in tonight’s game.

The Bears also elevated a pair of players from their practice squad to their active roster. Linebackers Sam Kamara and Cassius Marsh were elevated. Marsh is the most notable name to Steeler fans. He spent the last few weeks of 2020 and the 2021 offseason and preseason with Pittsburgh. Released at final cutdowns, Marsh signed to the Bears’ practice squad last week. He figures to help out on special teams and potentially rotate along the D-line with Khalil Mack inactive due to a foot injury.