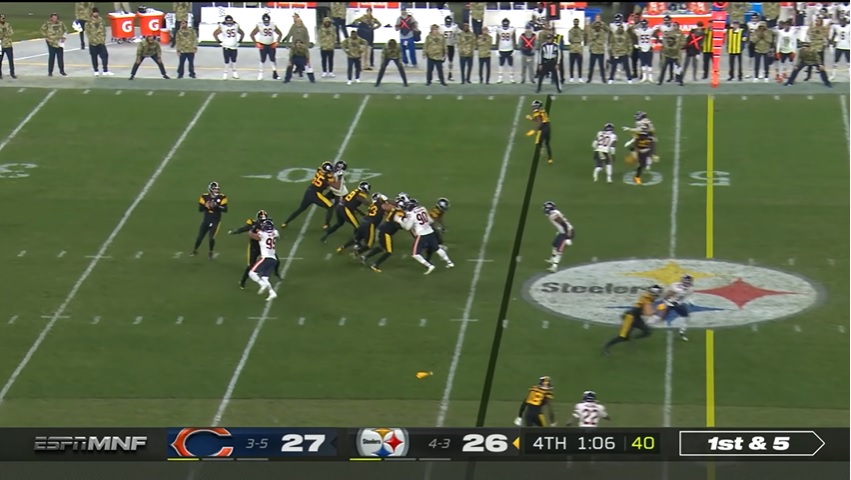 It took Ben Roethlisberger’s 50th game-winning drive for the Pittsburgh Steelers to secure their fourth straight win. A seven-play, 52 yard drive to set up Chris Boswell’s game-winning, 40 yard field goal. A big drive, a big win, and for Ben Roethlisberger and the offense, a different result than they had been used to.

Speaking with reporters Wednesday, Roethlisberger said the offense’s two-minute drills had struggled in practice. So it was nice to see it all work out in-game.

“I thought it was great because that group has struggled in practice during the two minute drill recently,” he said in audio provided by the team. “The defense has kinda had our number the last couple of times we’ve done it. To do it in a game when it really matters is special and I think guys feel that.”

Situational football is a major emphasis of how the Steelers practice. In training camp, they would run a two-minute drill about every-other-day, one session each for the first and second stringers. And it appears a principle that carries over into the regular season.

That practice paid off on Monday night. Roethlisberger was smart with the football, throwing underneath against zone coverage before hitting Diontae Johnson on a slant for 22 yards to get them in range. Pat Freiermuth made a sliding 13-yard grab to make the kick more manageable for Chris Boswell.

Increasing the tempo and running the show are two things in Roethlisberger’s wheelhouse, especially when defenses get conservative and try to not to get beat over the top.

“The defense sometimes gets more basic. They kind of stick to something and I just felt, going to that last drive, they had had some success with their 22-man defense. So I assumed that that’s what we’d be seeing. So called couple of plays where we would be some 22-man beaters. It worked and we got down the field.”

That’s how the Bears responded, playing two-deep zone with man under, allowing Roethlisberger to hit underneath throws to Najee Harris and Ray-Ray McCloud. Miscommunication from Chicago created space for Diontae Johnson on his long catch and run.

The only downside was being unable to have Boswell’s kick be the final play of the game. A second down spike led to a third down run by Roethlisberger, falling shy of the sticks. After Boswell’s kick, Chicago got the ball back with time left and wound up attempting a 65-yard field goal. The kick fell well short but Roethlisberger lamented the fact the Steelers’ defense needed to take the field at all.

“Would have been nice to get the first down and kind of milk the clock, kick the field goal to win it. But we’ll take any way we can get it.”

As we wrote about yesterday, that was Roethlisberger’s 50th career game-winning drive, tying him with Tom Brady for third most in history. He remains one of this era’s most clutch quarterbacks. Hopefully though, they won’t need a 51st such performance Sunday against the winless Detroit Lions.