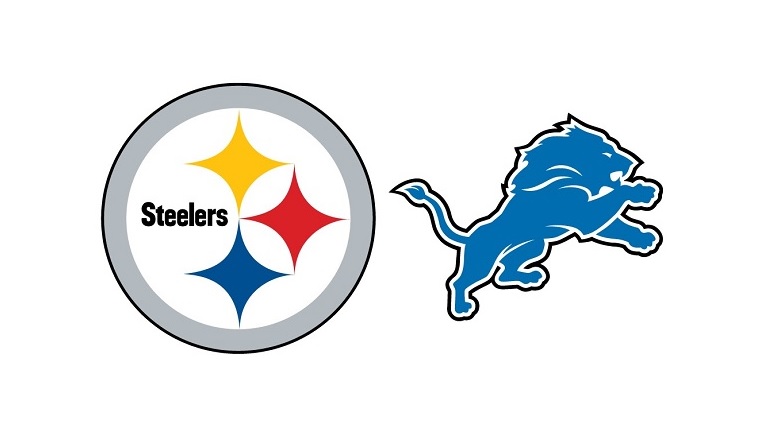 The Pittsburgh Steelers will host the Detroit Lions in just under an hour and Ben Roethlisberger will not be among the active player for the Steelers after being placed on the covid list late in the day on Saturday. This means Mason Rudolph will get his first start of the season. Last time Mason Rudolph got meaningful playing time, the offense looked pretty much completely different, so it will be interesting to get this data point as the Steelers prepare for life after Ben.

Chase Claypool will also be out of the game, so the receiving group is some concern around Mason Rudolph with James Washington and Diontae Johnson needing to shoulder the load in the absence of both Juju Smith-Schuster and Chase Claypool.

While the Steelers are missing players, the Lions are about as healthy as they have been all season following their bye week. The Lions have not won a game yet this season, but they have played some teams close.

Refresh this thread throughout the game for live updates, curated tweets, and more. Also, check out the comment section below where fans gather to discuss the game.

Steelers quarterback Mason Rudolph warms up before taking on the Lions Sunday at Heinz Field. pic.twitter.com/GOyVuYFXPt

With a sack against the Lions T.J. Watt would have more sacks over his 1st 70 NFL games than any player since 1982 other than Reggie White. #Steelers pic.twitter.com/uwhLzbOuPY

We will see if Zach Banner, who is active for the first time all season, gets the start after Dan Moore Jr.’s struggles the last two weeks. Also, if he Banner is in, does that bump Chuks over to the left as intended before the season?

T Taylor Decker will make his season debut for the Lions on Sunday so that should mean rookie Penei Sewell will jump to RT from LT. T.J. Watt is likely looking forward to introducing himself to the rookie after not seeing him in the preseason game. #Steelers

Ray-Ray McCloud better not as much as bobble a return today with Steven Sims in a helmet. Mike Tomlin will hook him quick on Sunday if there are ball-ball issues. #Steelers

Steelers' offense. Not having Roethlisberger is a loss but doesn't likely change the gameplan terribly much. Take care of the football, get in third and manageable. Hoping Rudolph can hit at least 1-2 chunk plays down the sideline today.

Pass defense. Lions have some historically bad numbers. 9.3 YPA would be worst of ANY defense since 1962. Communication breakdowns vs stacked/bunched sets. Canada should lean on that heavily today, force Lions to distribute consistently. WRs should get space.

Steelers' defense. Two main guys to worry about are RB Swift, TE Hockenson. Swift most catches of any RB, Hockenson second most of any TE. Bush, Schobert have to be on A game today. Minimize big plays MOF. Watch screen game!

Across the board, Pittsburgh should win possession down. Better third down and red zone team each side of the ball. Lions have 32nd ranked red zone D. Allowed TD 20 of 24 possessions. Steelers must finish drives today. No excuses.

The Steelers lost the toss and will get the ball to start the game.

The kickoff was short of the end zone, Ray-Ray McCloud returned in just a few yards to the Steelers’ 17 yard line to start the drive.

A quick play action pass on first down completed to James Washington for 6 yards. We can expect to see a lot more of that today. Najee Harris carried a few defenders with him to turn a gain of 2 into a gain of 5 and a first down.

Najee Harris got the ball up the middle again and used his footwork to get three yards on first. On second down, Mason Rudolph connected with Ray-Ray McCloud short left after a high snap for 11 yards.

Najee Harris on first down again for 3 yards up the middle. Rudolph complete to Eric Ebron on 2nd down short in the middle for 4 yards. Ebron made a nice catch with two defenders around him. 3rd and 3 now and Mason Rudolph went deep to James Washington. Incomplete, but pass interference called for a 29 yard gain.

The Steelers are near the redzone on this opening drive. Mason Rudolph looking just fine so far. Najee Harris on first down again, this time he found the hole off right tackle and took it for 11 yards and another first down.

1st and 10 from the 11 yard line. On first, Najee Harris for only two yards. On 2nd, Rudolph incomplete to Pat Freiermuth on a quick out route. Slightly too far out ahead of Freiermuth or it could have been a score. 3rd and 8 now. Mason Rudolph back in shotgun and he hits a wide open James Washington in the back of the end zone for a touchdown! 7-0 Steelers.

False start backs the Lions up 5 more yards. On first down, D’Andre Swift to the right side for only 1 yard stopped by Chris Wormley. A short pass to the right on 2nd down for just a gain of 2. 3rd and 12 now, and Swift got the ball again picking up 7 yards. Alex Highsmith with a great second effort to stop that run short of the first down marker.

The punt was fielded by Ray-Ray McCloud around the 30 yard line, returned to the 40. McCloud needs to play soundly with Steven Sims active behind him.

On first down, Mason Rudolph to Derek Watt in the flat for a pickup of 9 yards. Watt getting more action than ever before early on in this game. A short pass to Ray-Ray McCloud on 2nd down, tackled for a loss of three. Four yards to gain, Rudolph a little high to Diontae Johnson. Should have been a first down, but instead the Steelers will punt. They should at least have an opportunity to pin the Lions deep.

The Pressley Harvin punt only goes 39 yards and is fair caught at the 15 yard line. Not terrible, but it could have been pinned a little deeper.

On first down, the Lions ran for 9 yards. On 2nd Terrell Edmunds tackled the catch in the backfield for a loss of three, so all of a sudden we have 3rd and 4 after 2nd and 1. On 3rd, Schobert and Highsmith combined for the stop and the Lions will punt.

McCloud returned the punt to near the Pittsburgh 30 yard line. Steelers winning the field position fight.

Najee Harris for 5 yards on first down. Rudolph complete to Diontae Johnson who ran for the first down.

On first, Mason Rudolph with an ugly pass coming off his hand, but complete to Ray-Ray McCloud for 17 yards through the air.

Diontae Johnson tackled for a loss on first down on an attempted quick screen. Kalen Ballage dropped the pass on 2nd down, probably good because he would have been drilled by the defender.

Mason Rudolph completely missed Kalen Ballage on 3rd down and it went directly to the defender for the interception.

Jared Goff tries to go for the big play right away, but the ball fell incomplete on first. Joe Haden with the pass defensed. Goff slightly underthrew him as the receiver had plenty of room on Haden. Swift stopped at the line of scrimmage, so third and 10 now. Stopped for no gain by TJ Watt on 3rd, so the Steelers get the ball back after the punt for a touchback. Good sudden change defense after the interception.

Najee Harris on first down for a gain of 4 to the left side of the line.

Ray-Ray McCloud looks like Rudolph’s favorite target so far. On 2nd, incomplete to Ray-Ray. On third, Ray-Ray in the flat, it looked like he had plenty of room, but the defender flew in for the stop.

Pressley Harvin III with a huge punt of 61 yards, but it was returned 39 yards to the Pittsburgh 39 yard line. Great field position for Detroit.

Devin Bush with the tackle on first down for a gain of 7. The next play a run for four yards and the first down.

Jermar Jefferson split the defense and went full steam ahead for the touchdown of 28 yards. Minkah Fitzpatrick along for the ride at the end. 7-7 Even.

Mason Rudolph will need to start taking some deeper shots. Too much lateral movement on offense, need to get aggressive and play to Rudolph’s strengths.

False start backs the Steelers up before Najee Harris gets tackled for no gain on first. 2nd and 15 is not a friendly place to be with QB2 in the game. Once again McCloud targeted, this time short to the middle for 7 yards. 3rd and 8, Rudolph complete to Diontae Johnson for 20 yards. Johnson made a nice move to get a couple extra yards after the catch.

Detroit called for too many men on the field, so 1st and 5. That, on the other hand, is a welcomed sight with Mason Rudolph in.

Ray-Ray getting the ball on back to back plays, losing four yards and then gaining 15 and taking a big hit after getting the first down.

Defense called for offside, so another 1st and 5. Najee Harris up the middle for 1 yard on 1st, and 9 yards around the left end on 2nd. The Steelers are just outside the red zone now.

Kevin Dotson limped off the field after a Najee Harris run. JC Hassenaeur. Najee Harris getting yards in chunks now, with a 12 yarder before a 7 yard touchdown was nullified by holding.

1st and goal from the 17 yard line, Mason Rudolph pass short right to Pat Freiermuth for six yards. Diontae Johnson picked up three on a short pass to the left. 3rd and goal from the 8 yard line. Rudolph to Freiermuth short of the end zone. Freiermuth nearly kept himself upright for the touchdown, but was short. Chris Boswell field goal is good. 10-7 Steelers.

#Steelers G Kevin Dotson suffered an ankle injury and is OUT for the remainder of today's game, per the team.

Cart + immediate rule out is a bad, bad sign. https://t.co/dv9UCwxL0c

The Lions run on first down and D’Andre Swift drives his legs for about 15 yards and a first down.

On first, Goff incomplete intended for Swift. Swift gets the ball again on 2nd for four yards. On third, a run of 5 with 6 needed, so decision time for the Lions around the midfield mark.

The Lions get the ball back after the half, so at this point allowing a field goal is all the Steelers can afford.

Another run to Swift up the middle for two yards and again on 2nd down for 5 yards. Isaiah Buggs making the stop on both plays. 3rd and 3 for the Lions and Swift gets the edge and hurdles a defender for 21 yards.

On first and goal, TJ Watt tackled Swift for a loss of one. The Lions call a timeout to kill the clock with 00:24 remaining in the half.

2nd and goal, Goff incomplete short left intended for TJ Hockenson. Nearly intercepted by Cameron Sutton. That would have been a huge way to end the half. 3rd and goal, Swift up the middle for 5 yards stopped by Cameron Heyward. The Lions take their final timeout with 00:02 remaining and will attempt the field goal to end the half.