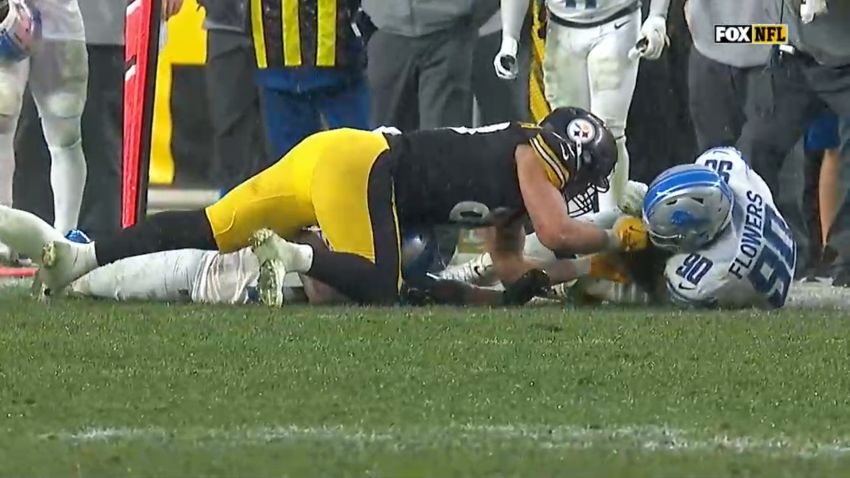 Reasoning: The rookie tight end had his ‘not everything is perfect’ moment in the regular season, having an overtime period to forget, during which he dropped a pass and then was made to fumble on what would be the final offensive play of the game, which could have set up a potential game-winning field goal.

This should be an interesting experiment. Is it possible to acknowledge that a well-loved young player had a bad game—or at least a game in which the lows far outweighed the highs—without getting blowback for ‘hating’?

Rookie tight end Pat Freiermuth’s failings, of course, are undeniable and blatant. He began to turn upfield and turned his head before securing the ball on a sideline pass earlier in the overtime period, resulting in him putting the ball on the ground for his second outright drop of the season.

Then there was the Steelers’ final offensive play of the game. With 15 seconds to play from the Lions’ 49-yard line, he caught a short pass near the right sideline, and instead of fighting to get out of bounds with no timeouts remaining, the way Diontae Johnson literally did one play earlier, he immediately welcomed the contact.

And he allowed the defender to put his helmet right on the ball, popping it loose. If he were executing the proper level of ball security, even a direct hit on the ball should have failed to dislodge the ball. That’s what Steelers fans argue when they don’t give Rashard Mendenhall the benefit of the doubt for his fumble in the Super Bowl, anyway.

Freiermuth did have four receptions for 30 yards on eight targets prior to that fumble. Of course, he was also working with Mason Rudolph rather than Ben Roethlisberger, with whom he had been building a strong rapport.