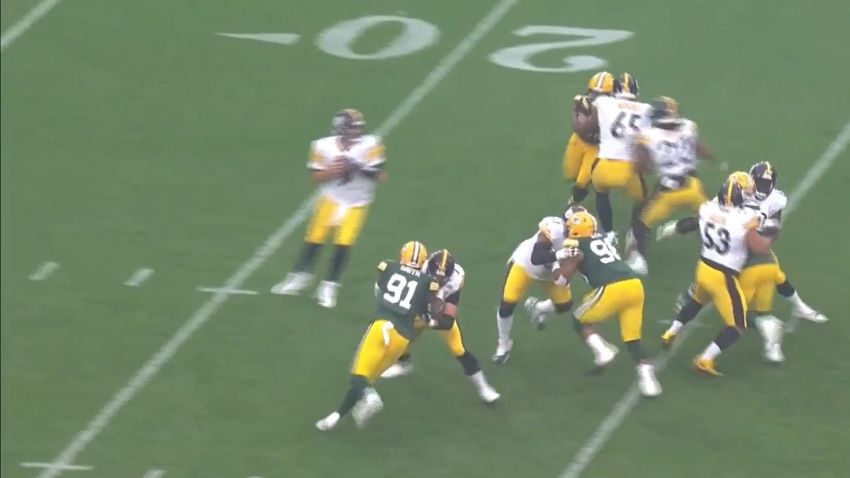 Reasoning: The veteran offensive lineman got the opportunity to show his expanded versatility on Sunday by filling in at guard, and holding his own while doing it, having originally been signed in free agency for depth at tackle.

When the Steelers first signed Joe Haeg early in the offseason, the loftiest ambition that most had for him was the possibility of his filling in that tackle-eligible niche. With the drafting of Pat Freiermuth and the growth of Zach Gentry, the tight end position hasn’t needed that supplement, but Haeg has still found his way onto the field, much to the chagrin of the compensatory-formula watchers.

The veteran has played 145 snaps on offense so far this season, or right around 30 percent, which is the mark that he needs to be below with regards to the aforementioned compensatory pick formula. His first 109 snaps of the year came at tackle, primarily at right tackle, but he logged 36 snaps this past Sunday at right guard after Trai Turner went down.

Quite frankly, it’s not entirely clear how this chain of events came to be. The Steelers did not dress B.J. Finney for that game, and nobody seems to know why. Did something come up pre-game? Did they just really want to dress Zach Banner?

Or have they been working Haeg at guard enough to the point where they are comfortable with him being a game-day reserve at guard along with J.C. Hassenauer, with Finney now demoted, and Banner either the swing tackle or just the extra tackle?

We won’t have clarity on that this week because Kevin Dotson is not going to play, so all of these linemen are going to end up dressing for the game, anyway. But the fact that Haeg was able to go into a game and step in at guard after having not done it all summer is an obvious feather in his cap; hence, stock up.