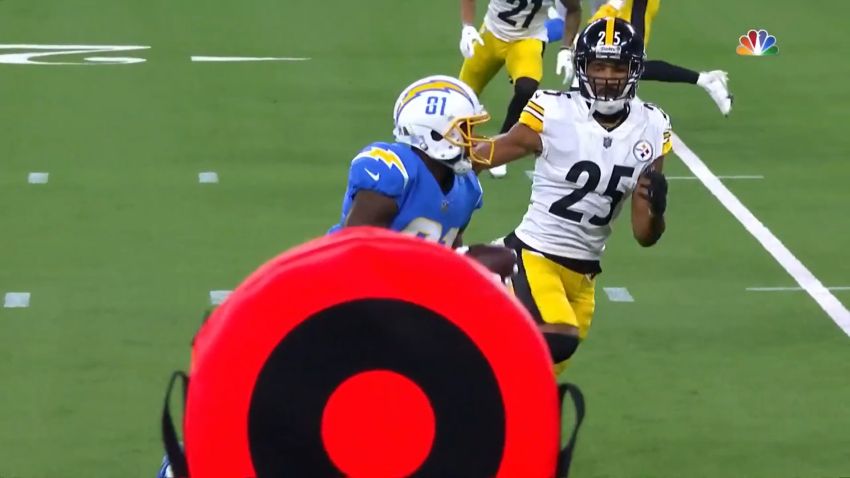 Reasoning: Sunday’s circumstances revealed what was expected, which is that Witherspoon is only not dressing because of special teams purposes, and when there is an injury to plan for, he would be playing ahead of others like Justin Layne.

Are you ready to scratch your head? I’m sure you already did before clicking on this, to be fair; in fact, there’s a good chance that’s why you clicked. But as I always endeavor, I try to make my reasons clear. Looking from the outside, Sunday’s game showed Ahkello Witherspoon’s stock to be up in affirming that his lack of a gameday helmet is not an indictment of his defensive capabilities in view of the coaching staff.

The fifth-year veteran played 20 snaps on defense Sunday, more than Karl Joseph. Justin Layne didn’t even play at all. He played on the outside when they went into their dime, with Arthur Maulet in the slot and Cameron Sutton sliding from the outside to the inside.

This was all enabled due to the fact that Joe Haden was unavailable for the game—and possibly because of Minkah Fitzpatrick’s unavailability, as well. Had he played, Tre Norwood obviously wouldn’t have been playing free safety.

They evidently think enough of Layne’s defensive abilities that they’re willing to allow him to be an in-game option in the event of injuries, but if they have a top four corner out and they know it beforehand, Witherspoon is going to be that guy who dresses and steps into that role.

And truth be told, he didn’t really have a bad game or anything. It wasn’t very good, either, but under the circumstances, it could have been worse. Was it worth a fifth-round pick? No, of course not. But he was acquired to provide depth, and he is doing that.