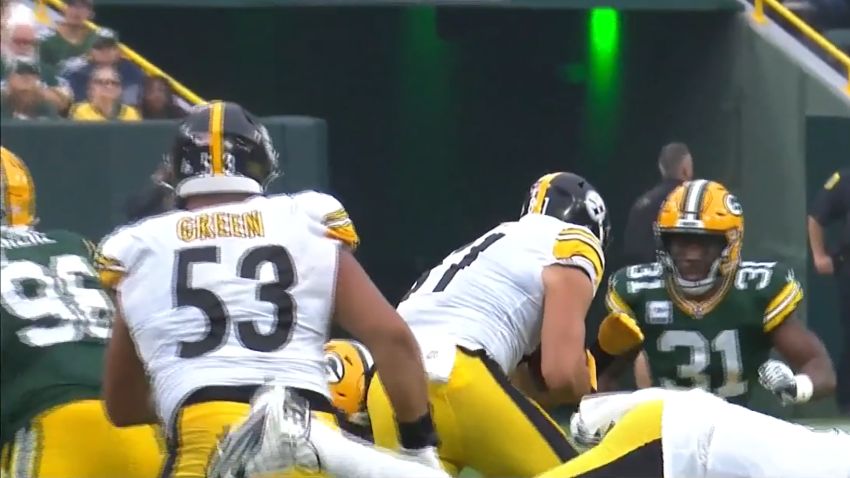 The Pittsburgh Steelers have just had enough to get by, more often than not, at the tight end position in recent years. They have tried to take some swings since Heath Miller’s retirement, but have struggled to have more than one ‘plus’ contributor at any one time.

This year’s Steelers seem to feel better about their tight end group than they have in a while, thanks in no small part to the early maturation of rookie second-round pick Pat Freiermuth, who is the first draft pick the team has taken earlier than the fifth round since 2007.

But they have also gotten a boost from Zach Gentry, the third-year tight end they drafted in the fifth round in 2019, knowing that he would need time to mature, having been still relatively new to the tight end position. He is finally getting his chance to contribute this year.

“I’m just kind of taking it as it comes”, he told reporters after practice today. “I’m preparing every day during the week and trying to make the most of my opportunities, but it’s been a lot of fun. It’s definitely a lot more fun when I’m getting a lot of run and being able to go out and showcase some things I can do”.

Gentry has logged 74 snaps on the season so far, accounting for about 23 percent of the Steelers’ total offensive snaps. He saw a career-high 22 snaps this past Sunday against the Denver Broncos. The majority of his work has come in blocking, particularly run-blocking, accounting for nearly two thirds of his playing time thus far.

He does have three receptions for 21 yards, including a 13-yard reception on a screen pass against the Broncos that picked up a first down. He also had a 10-yard reception last week, his first catch since week one. He has only been targeted four times so far.

Earlier in the week, offensive coordinator Matt Canada said of Gentry that “he’s a big guy who can block. We think he can also be a threat in the passing game”. He added, “we’re obviously using his skillset and trying to create matchups with all our guys in different roles. I think he’s improved. I think he’s a guy that’s put a lot of time in here long before I came around, and you can see what that work has done”.

For the majority of the past several seasons, the Steelers have chosen to only dress two tight ends on Sundays, Gentry being a frequent healthy scratch. That has not been the case at all this year. He has been an active contributor on a weekly basis, averaging 15 offensive snaps per game, and that doesn’t appear likely to change.