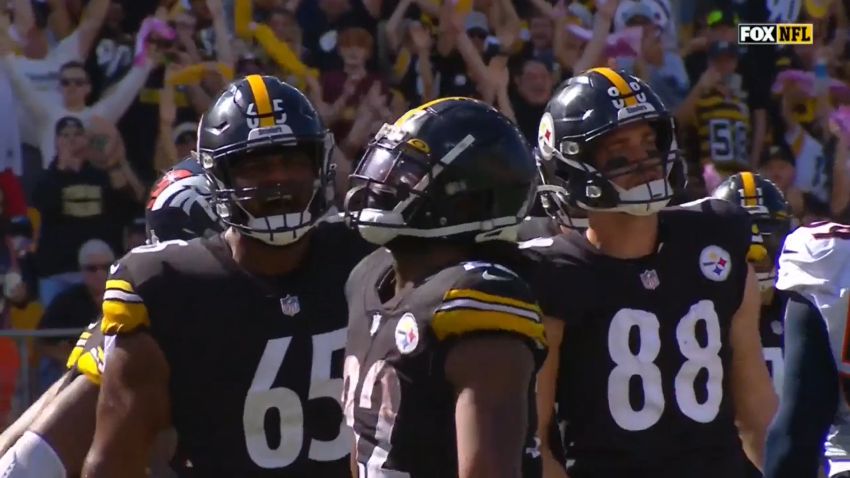 There was a lot of excitement in the Pittsburgh Steelers’ locker room on Sunday. Yeah, they got a win, snapping a three-game losing streak. But they also showed that they could run the ball effectively, and they also produced their first 100-yard rusher in a year’s time.

That would be Najee Harris, the rookie first-round draft pick out of Alabama, who was thrilled about it as well—for his blockers, for his offensive line, for his tight ends. Of course he wants to succeed, himself, but listening to him talk on Sunday after the game, he was basking in the joy of his teammates’—and yet they were doing the reverse.

That’s an example of a group of people performing for one another. The line is thrilled for the back. The back is thrilled for the line. That’s when you know you have something. But Harris is an easy guy to want to block for, says tight end Zach Gentry.

“He’s great. I think everybody on the offense has a really great relationship with him”, he said of Harris on Friday. “He’s a good guy, and he comes to work every day and he does everything he can. You guys see, on Sundays, he carries the ball a lot and takes a beating, so it’s always good to see him get back up and come back out there and look fresh as ever”.

Harris rushed for 122 yards on 23 carries on Sunday against the Denver Broncos, and also punched it into the end zone for the second time in as many weeks. He wasn’t able to finish the game, but it was only due to cramps, and so was no worse for the wear following the more extended workload than he had been getting.

As is regularly the case, he had to create a lot of his own offense, but he had better starting points to work with against Denver, and that was on the tight ends as well, including Gentry. “I think I was definitely a part of it”, he said, for his own performance. “I think everybody on the interior O-line and tight ends were a part of it. I thought I did a pretty good job blocking the last game, and I think we did as a unit, as well”.

Gentry, a third-year player, is only seeing a regular role for the first time in his career this season. He spent most of the games for which he was on the 53-man roster the past two years watching from the sidelines as a healthy scratch, but now he’s averaging about 15 snaps per game, primarily as a run blocker. He played a career-high 22 snaps Sunday.

A little more than a month in, I think this offense is starting to build its identity, piece by piece, and a big factor in that is the natural bond that comes through experience. These guys all want to see one another succeed as much or more as they want their own success.