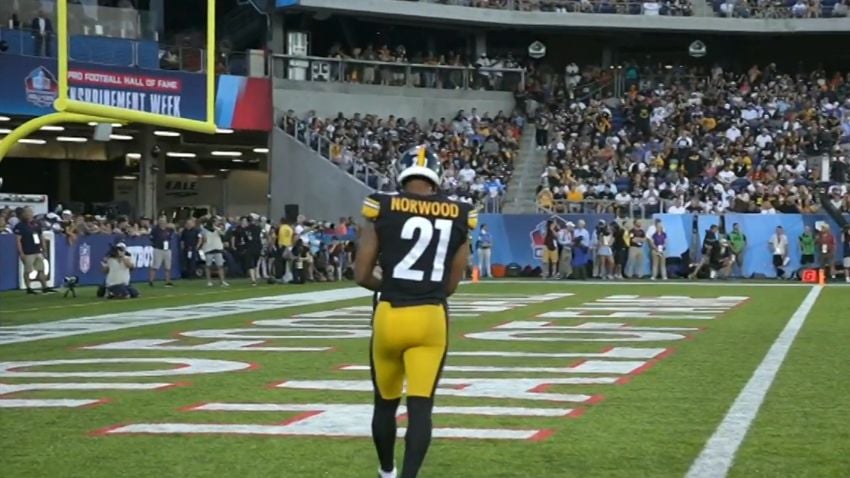 Would you believe me if I told you that Tre Norwood played just 15 snaps for the Pittsburgh Steelers’ defense on Sunday night against the Seattle Seahawks—a mere 23 percent of their total defensive snaps? It certainly sounds implausible given the impact of those 15 snaps, which featured no fewer than three defensive stops on third down.

The rookie seventh-round defensive back out of Oklahoma forced the Seattle Seahawks off the field twice in the first quarter alone, stopping the big D.K. Metcalf for a two-yard reception on 3rd and 4, and later undercutting and breaking up a pass intended for Tyler Lockett.

“For me, it’s just more motivation to work even harder, to come out each and every week to work and just try to get better”, Norwood told reporters yesterday when he was asked what it means for him to see that sort of success and have his efforts pay off.

“For me, being in my first year, [it’s just] learning from the older guys, just soaking up the knowledge from them, from my coaches, and just applying it to my game”, he continued. “So for me, I’d say it’s just motivation to come out and give it my all at work, and then translating it on the field on Sundays, help my team in any way possible”.

Norwood was the Steelers’ primary nickel defender for the first two weeks of the season, logging 118 snaps during that time, but he has only played 59 more snaps on defense during the four games that have followed, including his 15 snaps this past Sunday night.

That’s not surprising when you consider the state of the Steelers’ secondary, which is very much trying to figure out exactly what they have after losing two starters, Mike Hilton and Steven Nelson, from the group this offseason.

Cameron Sutton entered the starting lineup, but the nickel role has been a rotational duty between Norwood, James Pierre—who has started two games on the outside due to injuries—and the veteran Arthur Maulet, who has been the primary beneficiary of the rookie’s decreased playing time.

Norwood now has 15 tackles on the season across 179 snaps, including one tackle for loss. He also has a pass defensed, that and the tackle for loss both coming on Sunday on those third-down plays. The rookie has also logged 61 snaps on special teams so far, and special teams coordinator Danny Smith has spoken very highly of him. Pro Football Reference has not credited him with a missed tackle yet this season, which was one of the concerns on his scouting report.