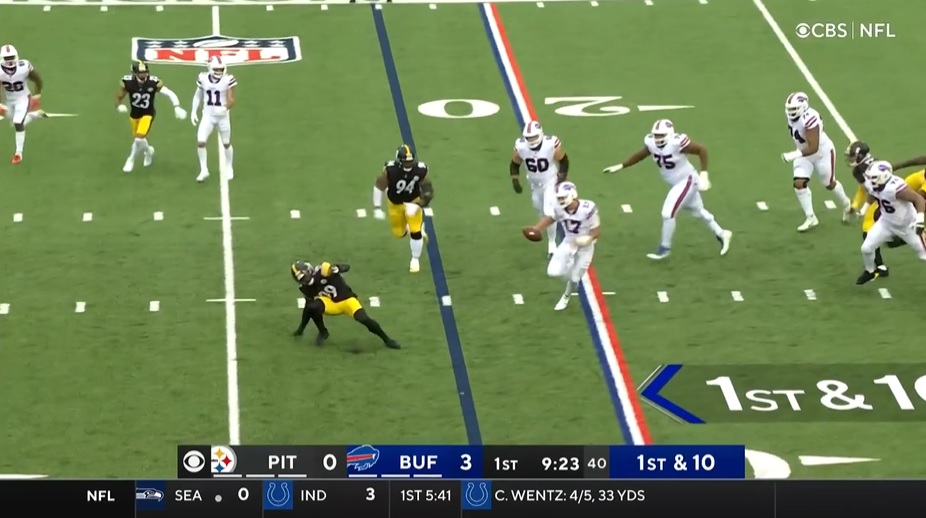 It’s a bye week for the players, a bye week for the fans (and their blood pressure), but it wasn’t a bye week for Mike Tomlin. He used the time off as a chance to take a step back and watch the NFL from a big-picture perspective. Speaking at his Tuesday press conference, Tomlin delved into what he focused on.

“I spent a portion of my day last week looking at quarterback mobility and its impact in situational ball,” he said via the team’s YouTube channel. “Possession, down play, red zone, etc, as a trend, for example.”

Quarterback mobility has been a topic Tomlin’s touched on several times this season. When asked a few weeks ago about the rising rate in fourth down attempts and coaching aggression, Tomlin cited QB mobility as one reason why (though the data doesn’t fully support the notion). Here’s what he said at the time.

Tomlin’s go on to state and arguably lament a lack of mobility at quarterback on the Steelers’ present-day roster. Ben Roethlisberger is one of the least-mobile starters while Mason Rudolph won’t be winning any 40-yard dashes as his backup. Only Dwayne Haskins has a hint of mobility on the roster, sans the IR’d Josh Dobbs, whose legs were a big threat on the field.

Mobility isn’t the #1 thing to look for and to a degree, it can be overstated, but there’s little doubt it’s a more valuable trait than ever before. Almost all the game’s current top QBs sans Tom Brady – football’s universal exception – have some ability to move around.

Based on Tomlin’s comments past and present, it’s fair to believe the Steelers will desire a quarterback with some level of mobility once Ben Roethlisberger retires, something likely to take place after the season ends. Rudolph isn’t that guy and Tomlin apparently doesn’t want to hand the keys to a rookie, making for a mobile, veteran option a strong possibility this offseason. Some veteran options who make sense include Marcus Mariota, Tyrod Taylor, Teddy Bridgewater, and to a lesser extent, Jacoby Brissett (who worked with Matt Canada in college, by the way).

It’s certainly something worth keeping in mind as the Steelers figure out who their 2022 starter will be.