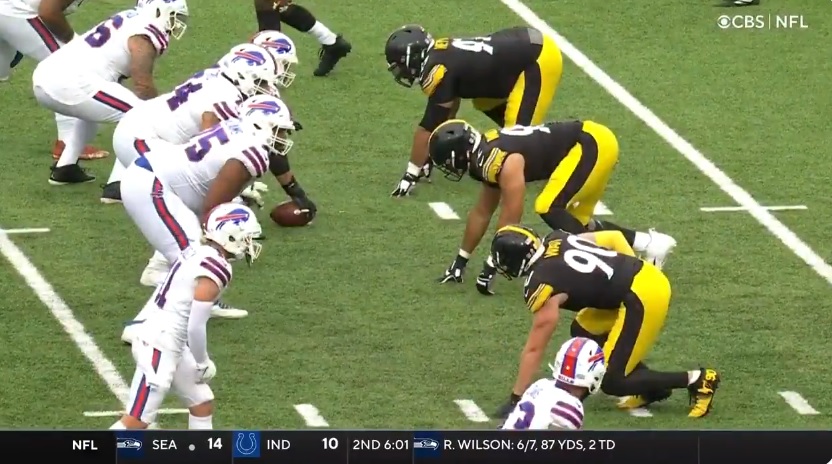 I don’t need to tell you how good T.J. Watt has been. But it’s nice when we can use some numbers to put his elite ability in perspective. Those numbers come courtesy of ESPN’s Seth Walder, who does a great job sifting through the analytics and comb out the useful information.

Yesterday, he posted a plot of pass rush and run stop win rates across EDGE rushers this season. And Watt, unsurprisingly, is dominant in both categories, especially as a pass rusher.

Win rates at edge plot! Looking at run and pass this week.

T.J. Watt is all on his own. pic.twitter.com/WMOKgIVDjn

There’s Watt way over in the top right corner, the quadrant you want to be in this plot. According to the data, Watt’s run stop win rate is about 35% while his pass rush win rate is just under 30% this season. The run stop rate is second best in the league only behind Cameron Jordan (who is a little bit of a different body type than Watt and traditional EDGE rushers like him) while his pass rush rate is #1 in the league.

Walder’s numbers match the eye test. Watt is off to a hot start even by his lofty standards with seven sacks this season. While the team has played six games, Watt has essentially played 4.5, leaving the first half against the Raiders and missing the following game against the Bengals. Watt is on pace to finish the season with 19.5 sacks which would easily be a franchise record.

There’s no Woodley-like concern of Watt falling off after a big payday. He’s playing as well as ever before and one of the frontrunners for Defensive Player of the Year. A road he’s been down before, falling short each of the last two seasons, but this year might be his best chance. The biggest obstacle is Cowboys’ CB Trevon Diggs with seven interceptions in six games and at least one in each game he’s played. But pitted against each other, Watt versus Diggs, Watt should win out.

Watt is worth every penny of the dump truck of money the Steelers paid him this offseason. The league’s most dominant player at arguably the most valuable defensive position , we’re watching a first ballot Hall of Famer in the making. Enjoy it.