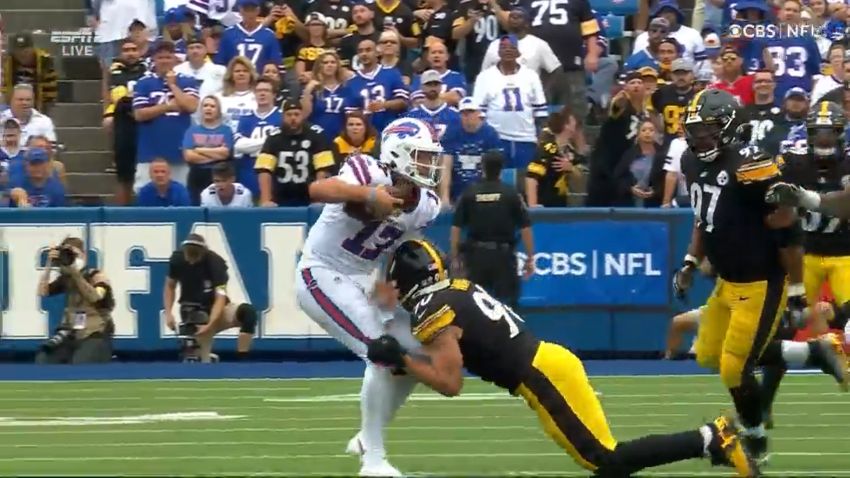 Based on the Pittsburgh Steelers’ injury report and his own comments today, TJ Watt is fully expecting to play this weekend against the Green Bay Packers. For Pittsburgh, it’s not a moment too soon. A pass rush that looked non-existent without him in Week 3’s loss tot he Bengals, Watt provides a big boost to a defense that’ll be relied upon more than ever.

The Steelers’ pass rush has looked drastically different since Watt left Week 2’s game against the Las Vegas Raiders with a groin injury. The stats tell that story. Here is the defense’s pressure rate before and after the injury.

A dramatic difference. Despite missing the last six quarters, Watt still leads the team with three sacks and is the only Steeler with more than one. Watt being in that driver’s seat is nothing new. Since being drafted in 2017, he’s one of only three defenders in the league to register 50+ sacks. Here’s the list.

Only two other players, Cameron Jordan and Myles Garrett, have more than 43.

Pittsburgh’s 75 game regular season sack streak was broken last week against the Bengals. Watt will look to start a new one against Aaron Rodgers, though he knows getting to him won’t be easy.

“You play in the league so long your above the neck intelligence is just so great that he’s able to make a lot of quick reads when he has to,” he told reporters via Steelers.com. “He’s not taking a ton of hits. He’s a really good drifter in the pocket. If you see him, he knows where the pressure’s coming from so he’s able to drift away from it. He still has the legs to get outside the pocket as well.”

After an ugly Week One opener loss to the Saints, Rodgers and the Packers have been on fire. Over the last two weeks, Rodgers has completed 75% of his throws with six touchdowns and zero interceptions. In order for Pittsburgh to win, they’re almost certainly going to need to win the turnover battle. Another strip sack from Watt would be a welcomed sight in order to get the Steelers’ season back on track.