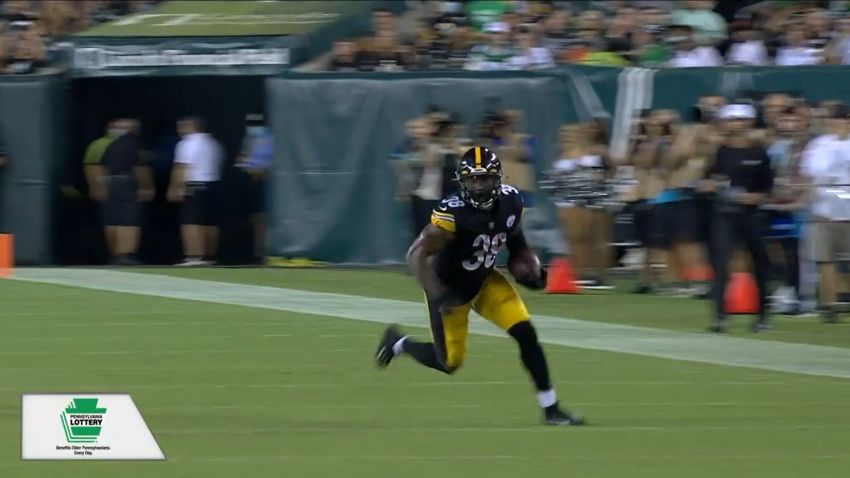 Following his release from the Pittsburgh Steelers’ practice squad Wednesday morning, veteran running back Jaylen Samuels has a new home.

According to NFL Network’s Tom Pelissero, the Houston Texans are signing Samuels to the practice squad after trading away veteran running back Mark Ingram to the New Orleans Saints earlier in the week.

The #Texans are signing former #Steelers RB Jaylen Samuels to the practice squad, source said. Several teams called to bring in Samuels, who adds depth after the Mark Ingram trade.

Samuels joins a team that still has veterans David Johnson, Philip Lindsay and Rex Burkhead on the 53-man roster, but the former fifth-round pick out of North Carolina State in 2018 will become the lone running back on the Texans’ practice squad ahead of the Week 8 matchup with the Los Angeles Rams.

A key member of the Steelers’ offense in 2018 and 2019, Samuels was a third-down and pass-catching back under former offensive coordinator Randy Fitchner. In 2020, Samuels failed to carve out any type of role and saw the Steelers add Kalen Ballage in free agency ahead of the 2021 season, along with the selection of Najee Harris in the first round of the draft.

In a deep backfield that featured Harris, Ballage, second-year pro Anthony McFarland, and third-year pro Benny Snell, Samuels failed to make the 53-man roster out of training camp this year, losing out to Snell and Ballage. In his Steeler career, Samuels carried the ball 131 times for 459 yards and one touchdown, while recording 82 catches for 550 yards and four touchdowns.