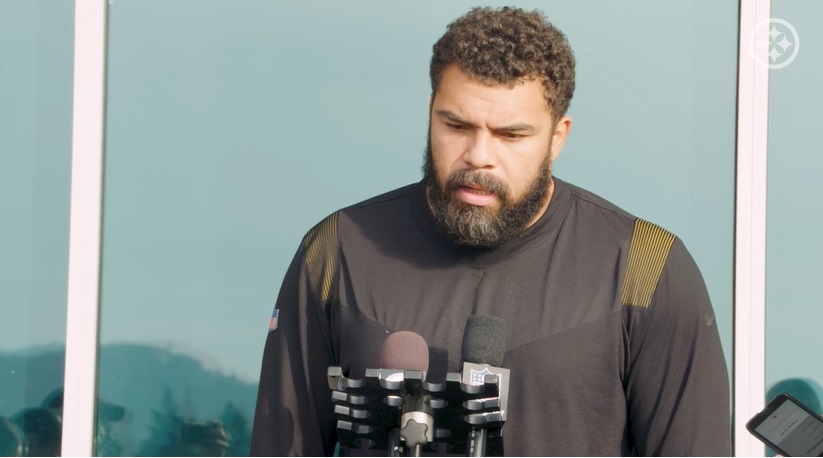 Pittsburgh’s defense missed 19 tackles in their last game over Seattle. If they want to beat Cleveland this Sunday, that can’t happen again. Cam Heyward stated that point speaking to reporters before Thursday’s practice.

“Tackling,” he said of the keys to slowing down the Browns’ run game. “I think it’s such an underrated thing in our game. But if you tackle well, you’re going to have a lot more success.”

Missed tackles was one reason for the Steelers’ failure in their last game. Particularly in the third quarter where Seahawks’ running back Alex Collins ran for over 100 yards alone and the secondary allowed a 41-yard catch to TE Gerald Everett thanks to a pair of missed tackles.

In Josh Carney’s weekly report, there were several repeat offenders. Terrell Edmunds, Minkah Fitzpatrick, Joe Haden, and Cam Sutton *each* missed three tackles while Devin Bush missed a pair. Robert Spillane, Alex Highsmith, Isaiah Buggs, Joe Schobert, and T.J. Watt all missed one tackle, a laundry list of names that can’t show up on next week’s report. At least, not if the Steelers want to win.

Of course, talking about tackling Nick Chubb and actually doing it are two separate things. According to Pro Football Reference, Chubb has broken a tackle on 10% of his rushing attempts this season, a higher rate than Derrick Henry. Heyward knows if and when someone misses a tackle, the rest of the defense must rally.

“People getting to the ball. If one guy misses, we need to have the other ten ready to make the tackle.”

Running to the football will be key to limit the damage missed tackles cause. It will also help prevent yards-after-contact by a bruising back like Chubb, one of the game’s best backs expected to play this weekend after missing his last two games due to a calf injury.

Pittsburgh learned from their mistakes in that third quarter against Seattle, stopping the Seahawks’ run game the rest of the way. Heyward hopes those issues can be ironed out in practice this week so they don’t again necessitate in-game fixes.

“Preach it in practice. Whether it’s during drills, looking at our practice during practice, through our tablets. Just keep building on what we’re doing. We know we’re not a finished product. There’s going to be mistakes. But the quickest thing to do is learn from that mistake and not let it happen again.”