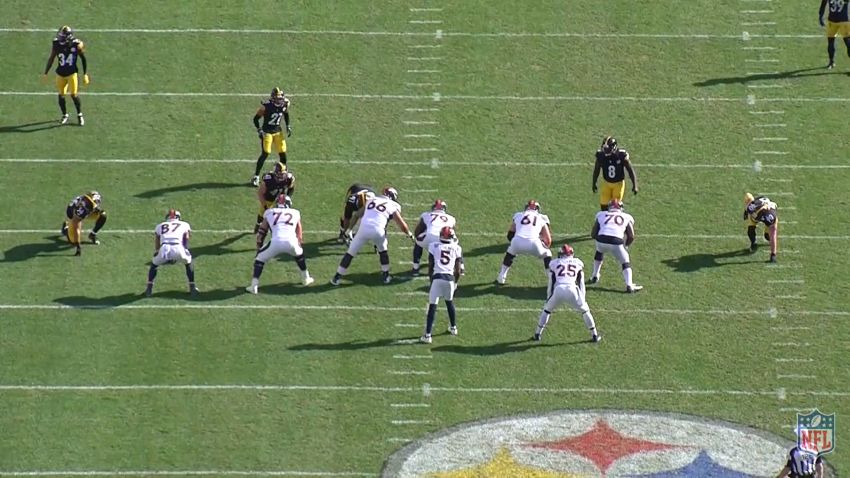 The Pittsburgh Steelers on Sunday rolled out a new dime package that uh, many people found to be curious. The package entailed Robert Spillane coming on the field at linebacker in place of both Devin Bush and Joe Schobert, their starters. He was used the majority of the time in their three-outside linebacker package, for example.

On Friday, T.J. Watt explained why the Steelers have confidence in Spillane coming in and serving in that kind of role, talking about how the defense likes to utilize a lot of pieces and saying that “we can interchange all parts”.

“He’s just a good dime in general. He can drop in coverage. He’s a good spot dropper”, he said of Spillane. “He can also come. He’s one of those guys that, when he does come, he comes effectively, and he knows how to pick blockers and things like that in the blitz game. And like I said, he’s a good dropper, too, when he needs to”.

Spillane doesn’t necessarily drop into coverage in these situations. That’s what Watt was referring to when he said that the Western Michigan product can ‘come’, meaning to rush the passer. He has already been asked to blitz about half a dozen times so far this year.

But still, what exactly is the plan there? What was the motivation to plug in Spillane? Frankly, what do they think that he can offer that Bush and Schobert can’t? There is a reason that they went and got Schobert in the first place rather than move ahead with Spillane in the starting lineup.

But he did start seven games for the Steelers last season while Bush was out with a torn ACL, and he performed admirably during that time, picking up 45 tackles, including four tackles for loss, as well as two sacks. He also had a 33-yard pick six of Lamar Jackson.

He is their top backup inside linebacker, though they also have Marcus Allen, Ulysees Gilbert III, and rookie Buddy Johnson on the depth chart. Gilbert has been strictly on special teams, like Allen, but he recovered a blocked punt for a touchdown. Johnson has been a healthy scratch for most of the year, having previously only dressed due to injuries to others.

Bush has played in and started four games since season, coming back from that torn ACL. He did miss a game with a groin injury, and it flared up in the second half on Sunday, but he’s fine now. He has 19 tackles so far on the season, as well as two sacks and a forced fumble.

Schobert is the most experienced of the group, but was only brought in via trade in August. He has started every game, registering 34 tackles, though none for a loss, with no pressures, no forced fumbles or interceptions, though he does have four passes defensed.