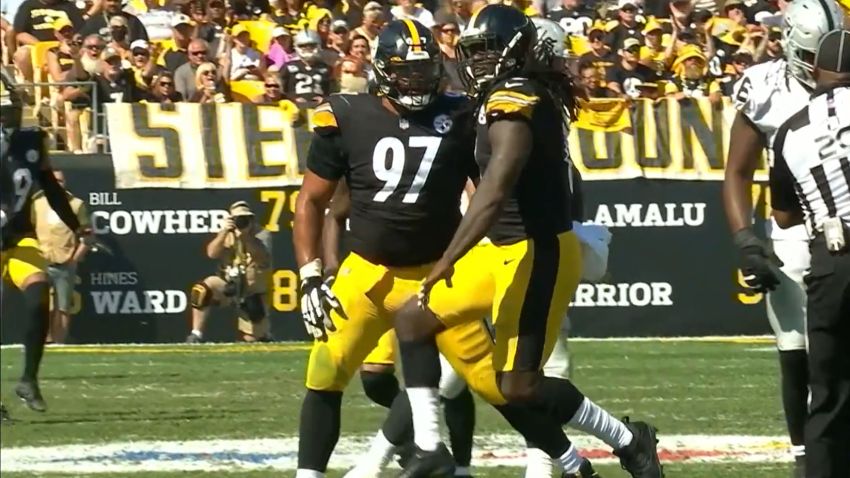 Hearing the Pittsburgh Steelers’ defensive captain Cameron Heyward talking about wanting to force the Seattle Seahawks into passing situations on Sunday Night Football would have been a concern for many, if you didn’t understand the context, given that the Seahawks are one of the top passing offenses in football.

What Seattle won’t have on Sunday night though is one of the best quarterbacks in the league in future Hall of Famer Russell Wilson.

Instead, the Seahawks will call on veteran backup Geno Smith to try and led the team to a win on the road in primetime against a tough defense. That’s why Heyward wants to force the Seahawks to throw, especially considering Smith hasn’t seen much game action sitting behind Wilson in recent years, at least until he was forced into action in Week 5 on Thursday Night Football against the Los Angeles Rams after Wilson’s finger injury.

Smith was solid in relief, finishing 10-for-17 for 131 yards, one touchdown and one interception in a 26-17 loss. Now, with a week and a half to prepare, the Steelers’ defense certainly can’t take him lightly. That said, Heyward and the rest of the defense wants to make Smith beat them.

“He’s got some explosive playmakers, so, you know, we gotta get ’em on the ground,” Heyward said to reports during his media availablity Thursday, according to Steelers.com. “We gotta put them in situations where they have to throw the ball, because they got, you know, Alex Collins and Chris Carson running the ball. They have a lot of success and a lot of big plays. So if we can limit the run game and then really get after the pass, it’ll be a good night for us.”

Collins is certainly a familiar foe, having played a big part in the recent Steelers-Ravens history. However, it looks like Carson will not be a go on Sunday night, which should help the Steelers stop the run entirely.

Heyward knows that the Steelers’ defense can’t fully sell out to stop the run and let Smith beat them, stating that the defense needs to be on high alert against an experienced backup. That said, stopping the run, making the Seahawks one-dimensional and being able to pin their ears back as a pass rusher and get after Smith in front of a raucous crowd at Heinz Field could be a winning formula in primetime.