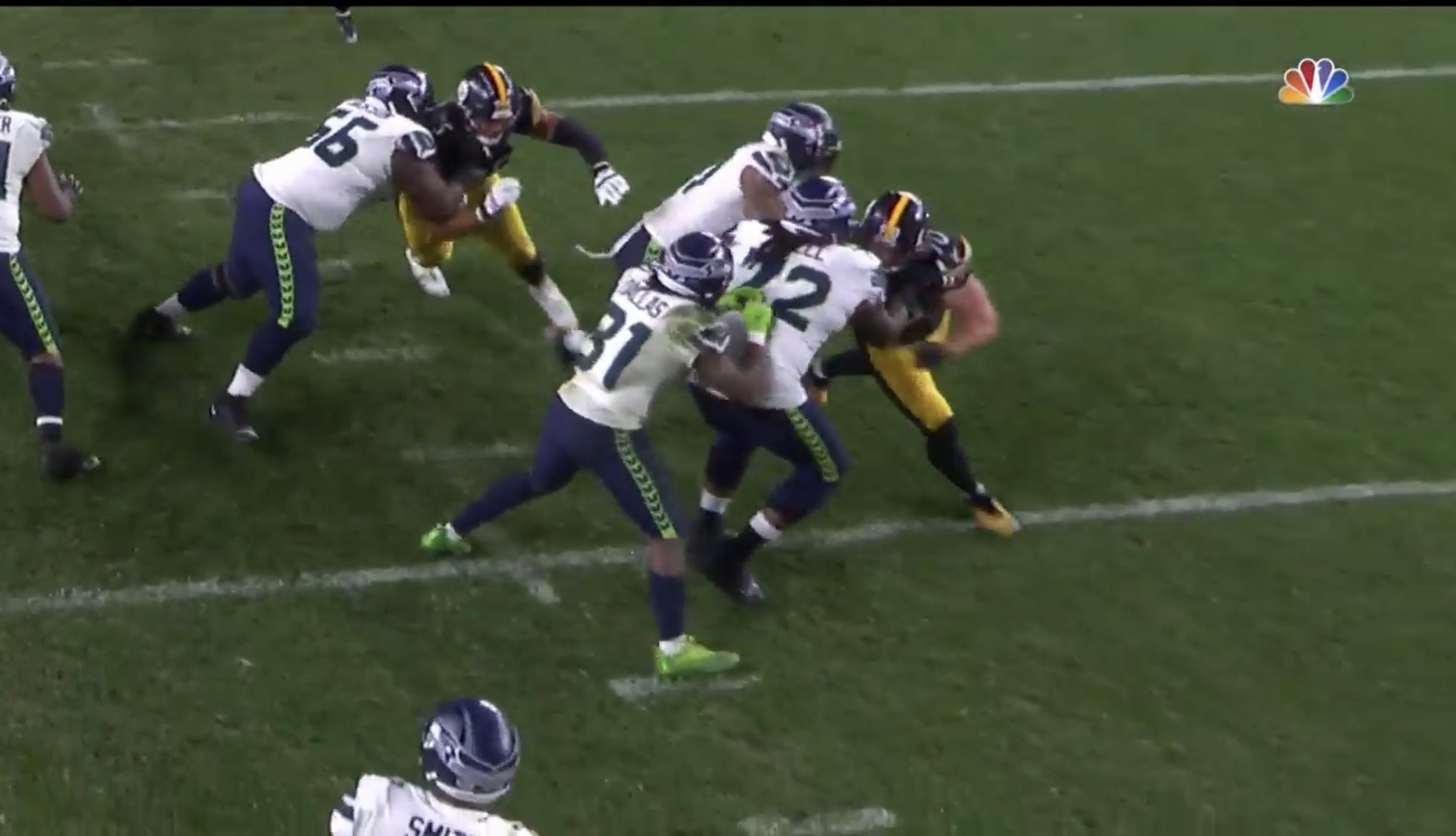 In case you haven’t noticed, the popular topic of the week for the Pittsburgh Steelers appears to be their run defense. After all, they are preparing to face one of the best rushing offenses in the league, and they are coming off of a game in which they struggled against the run significantly in the second half. So what exactly happened? Two things, apparently, according to the players and coaches.

“It was just gap integrity”, inside linebacker Devin Bush, who frankly missed some gaps during the game, said on Thursday, via the team’s media department. “Just everybody playing collectively. I think that’s one thing that we’re starting to do more and more this week, because of who we’re about to face. I think we’ll be ready come Sunday”.

Defensive end Cameron Heyward acknowledged the same issue as they turn their focus to stopping the Browns. “It just comes down to guys staying in their gaps, getting off blocks”, he said. “They’ve got strong runners, so we’ve got to make tackles. If we can do that and get them behind the chains, we’ll have a better chance”.

So what exactly happened against the Seattle Seahawks in the second half last week that was different from the first half? One reporter asked defensive coordinator Keith Butler if they started avoiding Heyward and running the other way.

“Of course. They’re gonna do that. I would too. I don’t blame them”, he said, via transcript. “When you’re going to try to run the ball, backup quarterback and stuff like that, what they tried to do… It was a close game for us. Obviously, we had some guys step up and make plays at critical times to win the football game. I think that’s the way the NFL is. You’re gonna be close all the time”.

Obviously it’s not as simple as their running in the opposite direction of their best defensive lineman. After all, the Steelers have T.J. Watt on the other side, who is a very good run defender as well. A lot of it did go in between the tackles, though, and that falls primarily on the linebackers and safeties when they get through the front.

Still, it is a reminder about how thin the Steelers’ defensive line depth is. Right now, they only have five linemen on the 53-man roster, which is incredibly rare for them—and they started the season with eight. But three of them are currently on the Reserve/Injured List. Two are likely to be back sometime this year, but at this point it’s anyone’s guess as to when.

Until they get some reinforcements they’re going to have to rely upon the likes of Chris Wormley and Isaiah Buggs as full-time starters, with Isaiahh Loudermilk and Henry Mondeaux as their reserves, neither of whom, under ideal circumstances, were supposed to play a single snap this year.