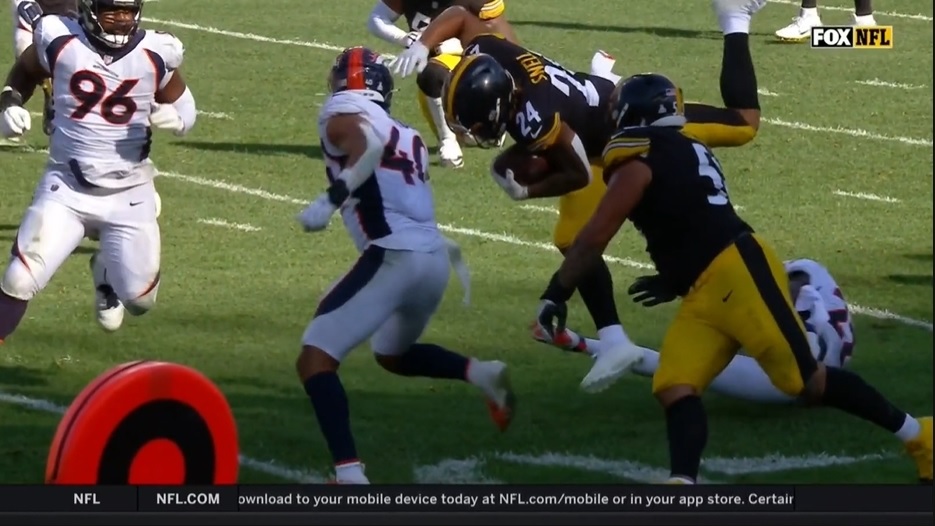 I know many readers couldn’t care less about NFL Power Rankings and trust me, I’m not refreshing my laptop in anticipation of what the national media has to say either. But it’s worth taking a peek at what big media thinks and where they believe the Pittsburgh Steelers stand. In NFL.com’s Dan Hanzus’ newest power rankings, he has the Steelers bumping up a couple spots following their much-needed Week 5 win over the Denver Broncos.

The Steelers come in 16th in the latest rankings, up four spots from a week ago. In recapping the week, Hanzus writes.

“Progress. The Steelers desperately needed to show signs of it on offense in Week 5, and that’s exactly what they did. Ben Roethlisberger threw for 253 yards and two scores, and Najee Harris produced like the first-round pick he is in a 27-19 win over the Broncos. It wasn’t all good news for the offense, however: JuJu Smith-Schuster‘s season is over after he suffered a shoulder injury that will require surgery. Pittsburgh has a good group of playmakers at wide receiver, but Smith-Schuster was a treasured safety valve in the slot for a veteran quarterback who loves to get the ball out quickly when the pass rush closes in (and even when it doesn’t).”

Progress, indeed. And not a moment too soon. Pittsburgh got their run game going from start to finish, something they had been unable to do all season long. Najee Harris ran for a career-high 122 yards while the team rushed for 147, nearly as many yards as they had the first month of the year. They also got chunk plays in the pass game, highlighted by Diontae Johnson’s 45-yard TD and Chase Claypool’s long 59-yard run-and-catch. Claypool added an 18-yard touchdown later in the game.

As the article notes, Pittsburgh didn’t exit the game healthy, losing WR JuJu Smith-Schuster for the season due to a shoulder injury. But the team has enough depth to stomach the blow in the form of James Washington while rookie TE Pat Freiermuth’s role in the offense may increase.

The Steelers will have a chance to get back to .500 with a date against the Seattle Seahawks Sunday night. Seattle will be without Russell Wilson, missing the first game of his NFL career. Veteran journeyman backup Geno Smith will start in his place. Seattle fell nine spots to 21st place in these rankings.

At the top of the power rankings sit the Buffalo Bills fresh off their big win against the Kansas City Chiefs Sunday night. They’re one spot ahead of the undefeated Arizona Cardinals with the Bills only loss coming to Pittsburgh in the opener. Around the AFC North, Baltimore sits at #7, Cleveland at #9, and Cincinnati at #13. The 0-5 Jags bring up the rear at #32.