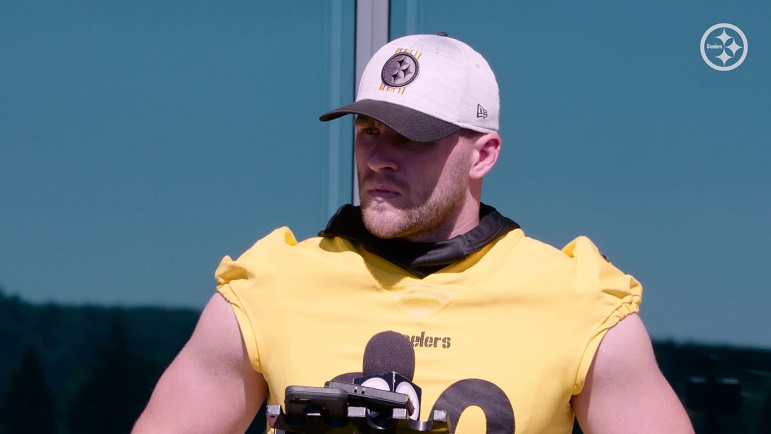 Will the Pittsburgh Steelers get outside linebacker T.J. Watt back on Sunday for the teams road game against the Green Bay Packers. Based on what watt said on Friday, it sure sounds like he will indeed play on Sunday after missing the team’s Week 3 home game against the Cincinnati Bengals with a groin injury.

Watt injured his groin in the first half of the Steelers Week 2 home loss to the Las Vegas Raiders and he never returned to that contest. After being limited some in practice last week, Watt ended last Friday listed as questionable on the injury report. The Steelers then downgraded Watt to out for the Week 3 game las Saturday.

Watt’s return to the Steelers’ lineup will also mark a return to his home state of Wisconsin.

“I’m going to have a lot of, a lot of family and friends in town for the game,” he told reporters. “And it’s was just going to be a really special moment. Just really looking forward to getting back on the field and back on track and hopefully perform for the team.”

With it looking likely that Watt will be back on Sunday, we’ll now wait and see if fellow outside linebacker Alex Highsmith will follow suit. Highsmith, like Watt, missed the Week 3 game with a groin injury. Highsmith has been limited in practice with his groin injury this week so it’s likely he’ll show up on the Friday afternoon injury report as questionable.

The Steelers need Watt and Highsmith back on Sunday against the Packers if the defense wants to have any chance at pressuring quarterback Aaron Rodgers throughout that contest.

The Steelers Week 4 Friday injury report should be released soon.