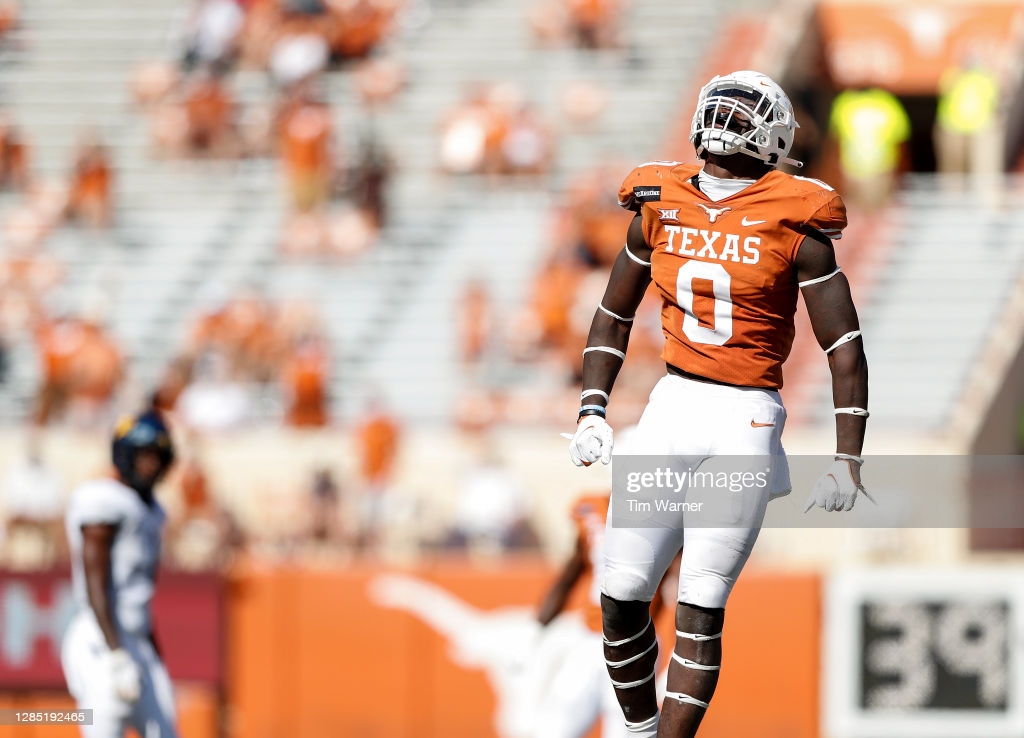 When looking at the depth chart of the Pittsburgh Steelers’ defense, one would likely look at the names at the inside linebacker position and believe that position is set moving forward. The team broke protocol in the 2019 NFL Draft and traded up into the top ten to select Devin Bush out of Michigan, surrendering it’s second and third round sections to move up ten spots and secure the athletic linebacker they sorely missed after losing Ryan Shazier to a career-ending injury. The team went out to acquire Joe Schobert this preseason from the Jacksonville Jaguars to shore up the unit, providing plenty of experience combined with the instincts to be a viable defender against both the run and the pass.

The Steelers also have former UDFA turned spot starter Robert Spillane and fourth-round rookie Buddy Johnson on the roster providing depth and potential upside with Johnson in the future as a run-and-hit linebacker. So, with all the names listed, why would Pittsburgh consider drafting yet another ILB? For starters, Devin Bush has not looked the same coming off the ACL injury he suffered a year ago. Dave Bryan and Alex Kozora have pointed out several times on the Terrible Podcast that he has been out of place many times in pursuit of the football and hasn’t excelled in coverage despite his impressive athletic traits. He no longer holds the green dot as the defensive play caller and lot the dime role to former UFDA Spillane.

We can argue that he is still working his way back from the ACL, but the fact of the matter is, Bush has struggled to make splash plays ever since his college days in the maize and blue. He is an effective blitzer, but his lack of creating turnovers has led Dave, as well as many others, to ponder whether it would be worth to guarantee his fifth-year option this offseason. Schobert could be a long-term option for Pittsburgh at linebacker, but with cap hits of $9.8 million in 2022, $11.3 million in 2023, and $11.8 million in 2024, Pittsburgh may be motivated to move on should Schobert’s play not match his play on the field while taking on minimal dead cap.

The Crimson Tide seem to roll out starting NFL linebackers on the regular, and Christian Harris is the next man up. Harris boasts an NFL frame (6’2″, 232 lbs.) and has the speed and explosiveness you want in a run-and-chase linebacker. He possesses great twitch and can line up in the box as well as on the edge and is an effective blitzer to hunt down the QB. He arrives at ballcarriers with nasty intentions, looking to go through them as a tackler.

His coverage instincts need to improve, but you have seen improvement in this area of his game with more reps under his belt. His athletic ceiling is sky-high, and as he continues to improve his drops in coverage and cover TEs and RBs in space, Harris has the chance to be a quality starting backer in the league for a long time.

On a defense full of NFL prospects, Nakobe Dean is often mentioned as the leader of the Dawgs defensive unit. The senior is a tad undersized (6’0″, 225 lbs.), but he plays with great instincts both in run and pass situations. He reads the play quickly and almost seamlessly flows to the football. He can run sideline-to-sideline and sniff out screens and RPOs routinely. He is effective in coverage as well as when used as a blitzer. His size may limit how high he goes on draft day, but a defender that is almost always in the right spot and can call out the defense is highly coveted in the league. Should Dean string together more stellar performances, look for him to become a household name.

DeMarvion Overshown started his career with the longhorns as a safety but has since made the transition to linebacker. The move has done Overshown wonders as the 6’4″, 223 lbs. senior is an athletic specimen at the position. His length and range make him a great coverage player given his ability to cover ground and minimize passing lanes. He possesses the ball skills to take the ball away in coverage but has the speed and explosiveness to chase down backs in the run game. He is an effective blitzer up the middle, and with continued development and additional mass on his frame, Overshown could become one of those freakshows in the box that can be a chess piece for DCs to deploy all over the field.

Lloyd is the defensive leader for the Utes, making an impact all over the field. The 6’3″, 235 lbs. junior lines up all over the formation, playing in the box, detached in coverage, or on the edge as a standup pass rusher. Lloyd has great play speed and play recognition, reacting instinctually to what is happening in front of him. He pursues the ball with a tremendous motor and has a knack for being in the right spot at the right time as far as turnovers are concerned. He is another one of those athletic specimens that may need to add additional bulk to take on blockers head-on in the run game, but his range and playmaking ability will be coveted by defenses.

What are your thoughts on the current state of the Pittsburgh Steelers’ inside linebacker room? Do you think Devin Bush and Joe Schobert will step up their play for the rest of the season and into 2022? Do you see the situation playing out where Bush’s fifth-year option isn’t picked up and Pittsburgh looks to address the position in the draft? What do you think of the names provided and their potential impact in Pittsburgh? Please leave your thoughts in the comments section below and thanks again for reading!