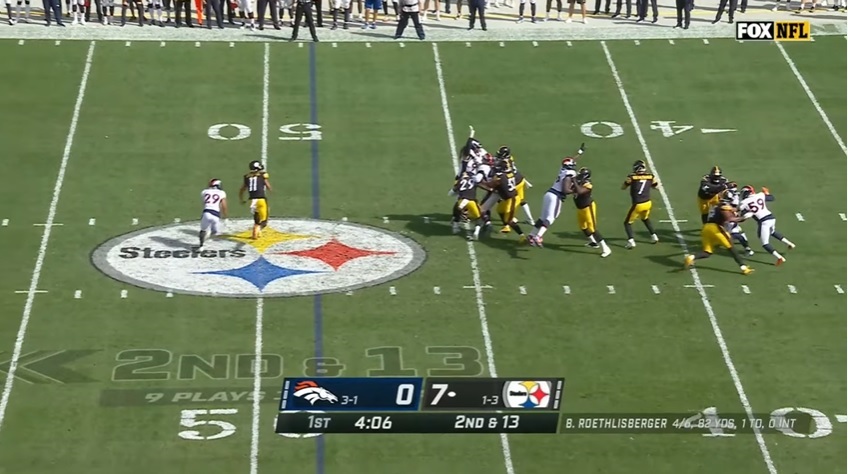 Breaking down the lone sack allowed by the Pittsburgh Steelers in their Week 5 win over the Denver Broncos.

Lone sack of the day but it was a costly one, ending a decent-looking drive and leading to the Broncos coming away with the football. Rush and coverage go together and to be fair to Ben Roethlisberger and the offensive line, there’s nothing open downfield here. 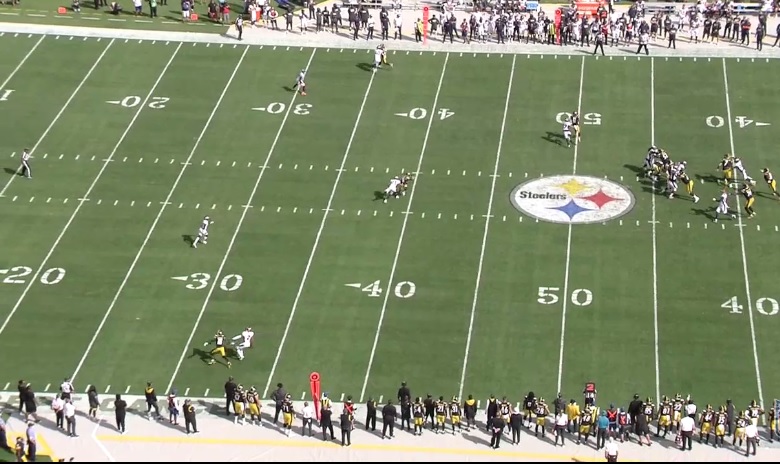 So Roethlisberger tried to keep the play alive, rolling to his right before getting hit from behind by Malik Reed, knocking the ball out. First thing we look at the QBs depth and the relation of how the tackles set to protect him (the junction point). And the tackles do their job, running both OLBs well upfield past the top of Roethlisberger’s drop. 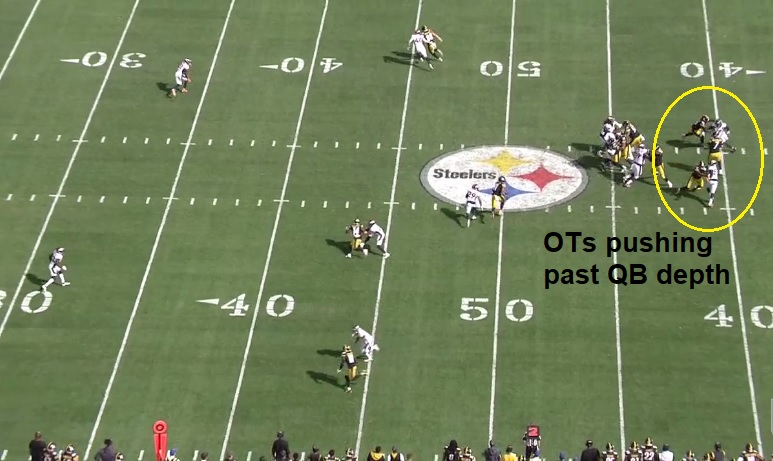 The only thing I’d note here is that LT Dan Moore’s feet do stop at the top here. He mostly does his job here but he could’ve kept working with the EDGE rusher up the arc. Perhaps he felt like he pushed him upfield enough and was worried about Reed countering to the inside but if you compare him to Chukwuma Okorafor, you see him able to stay engaged and ride his defender all the way up and past the arc. Moore doesn’t do that here.

Reed is able to work all the way around the top and track Roethlisberger down for the strip-sack fumble. Ball recovered by Alexander Johnson and kudos to Kendrick Green, who makes a solid tackle. Might have saved a touchdown, definitely saved a longer runback. Kalen Ballage the only other one with a shot to get him down.

Watching it initially, I thought this sack was clearly on Roethlisberger. Looking at the film, he clearly didn’t have any good options downfield and you could argue Moore should’ve done a better job here by continuing to slide laterally. I’m going to put half on some good coverage on the defense and half on Moore, which I know many of you will disagree with.

Looking at this play, what else should have Roethlisberger done? He didn’t drift backwards and get depth, an OT’s worst nightmare. He climbed and rolled to his right to try and keep the play going. Roethlisberger wasn’t even out of the tackle box to throw the ball away, as he could and should have done a few weeks ago. Maybe there are some ball security things to work on with Roethlisberger, he seems to be fumbling too much (four already this year after five fumbles in 2020) but he is getting hit more and taking some hard shots, like this one. But that’s a separate topic from what led to the sack itself.

Blame: Half on Coverage, half on Dan Moore Jr.