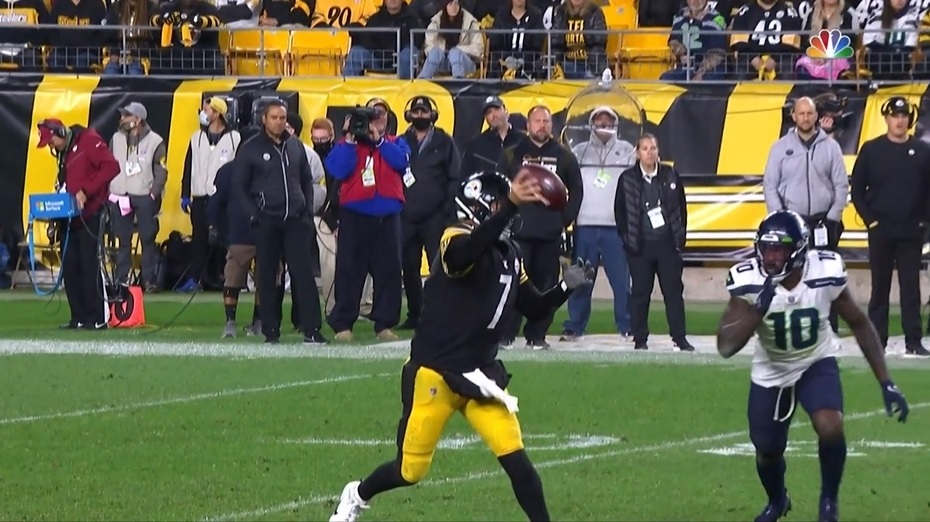 Breaking down the lone sack given up by the Pittsburgh Steelers in Week 6’s win over the Seattle Seahawks.

Weird one here. You probably don’t even remember Ben Roethlisberger being sacked in the win. This was the pump fake-fumble in the fourth quarter, the wonky-looking play that ended in disaster for Pittsburgh. Steelers running a RPO on this play, a packaged run-pass option that’s been used at an increased level over the past several weeks.

This is a power gap run packaged with Diontae Johnson running a slant behind it. Roethlisberger’s pre-snap read shows a seven man box count with SS Jamal Adams creeping down as the eighth man. In 11 personnel, that could be tough sledding with Adams coming down to the side of the run, RG Trai Turner pulling across. 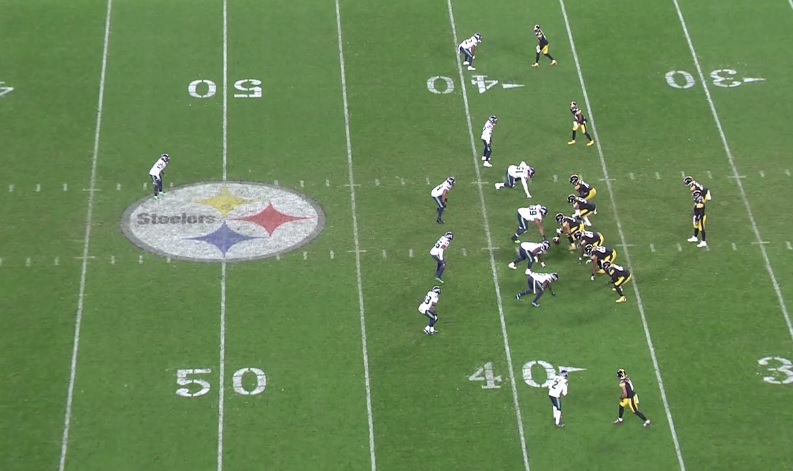 On the snap, the LCB at the top of the screen uses a bail technique to drop off. Show press pre-snap and then turn your hips to the sideline and get depth on the snap of the ball. That creates room for Diontae Johnson running the slant. 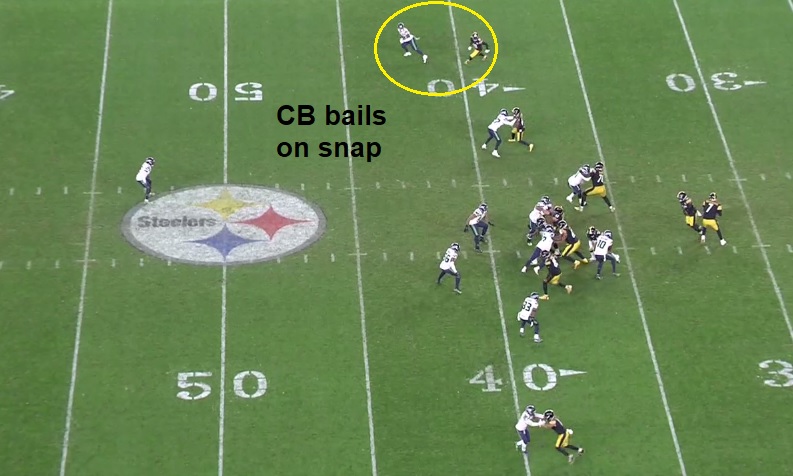 But it gets gunked up. Ray-Ray McCloud gets engaged with with the nickel corner and makes for a muddy throw for Roethlisberger. It forces him to pump fake and wait for Johnson to clear that window, which is when the ball comes out. 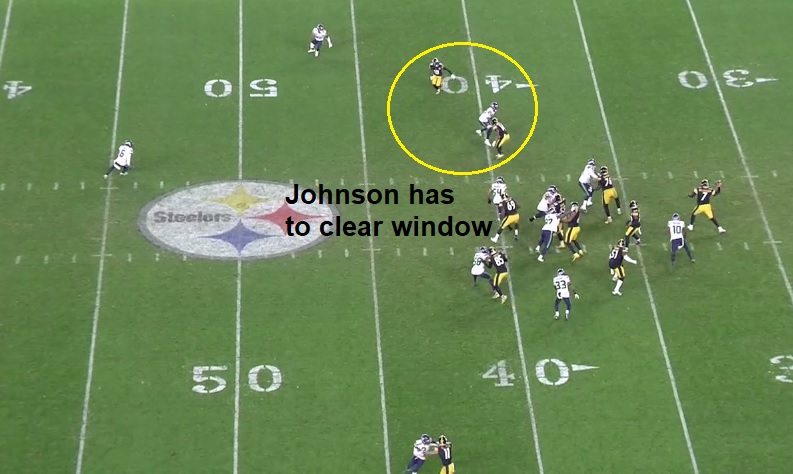 Which Seattle falls on. After initially ruled incomplete, Seattle challenged the call and it was overturned. The correct call by the officials. Pittsburgh’s defense held firm, forcing a three-and-out punt that kept the game tied at 17.

Funny enough, no Seattle defender gets credited for the sack on this play. Which is appropriate. No defender impacted the play or even touched Roethlisberger. This was a wild play you rarely see, Roethlisberger has always done a great job securing the ball on his “oh wait, don’t throw it” pump fakes, but he lost control of it here.

A strange play, but one that ultimately did no damage to the Steelers’ chances of winning. Blame here is as clear as it gets.