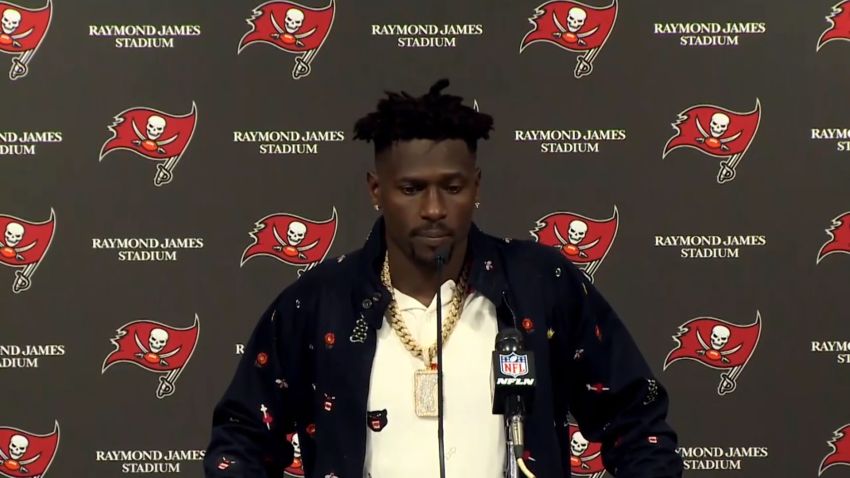 There was a time that Antonio Brown was the best wide receiver in the game. I don’t actually know that that’s no longer true. He’s been through a lot in recent years and has severely impacted his ability to play, but he is still a deadly weapon when he does get on the field.

After a long career with the Pittsburgh Steelers, working with quarterback Ben Roethlisberger, he has played with Tom Brady for the past three years when eligible to play, first with the New England Patriots, then with the Tampa Bay Buccaneers. He had a big game for them on Sunday, catching seven passes for 124 yards and two touchdowns.

He came into the game needing just one reception, however, for 900 in his career, a feat that he has achieved in 143 games played, faster than any other player in NFL history. Back when he was in Pittsburgh, we used to keep track of his milestones, and this is one that he should have hit years ago. But he’s there now, and it remains undeniably impressive. Speaking on it earlier this week, he was reflective of how he has gotten to this point.

“That’s something that I’m really grateful for, but I couldn’t do it by myself”, he said about having the opportunity to reach that milestone faster than any other player had before. “I’ve been able to play with some great quarterbacks, Ben Roethlisberger, Tom Brady. It’s a blessing to be able to play with guys like that, be able to get the ball and be on that trajectory”.

Brown caught 837 of his 906 passes during his nine seasons in Pittsburgh, from his rookie year as a sixth-round draft pick in 2010 through his final season here in 2018, after which he forced a trade, and things in his career, and his life, took a decided turn for the worse and temporarily derailed his career.

All the regular readers already know his background and the lawsuits that he has faced and is still facing. The allegations remain out there. There was a very real possibility that he would never be given another chance to play in the NFL. Right or wrong, fair or foul, he has been, and he’s made the most of it, including his Hall of Fame-level career.

“In life, we all need conflict. We all need to go through things that shape our purpose and make us better”, he said when he was asked about his tribulations and the fact that many believed he would not play again. “We all would sit here, and if we didn’t go through anything, we wouldn’t be able to appreciate life, we wouldn’t be able to grow. So I think the things I went through, it was able to propel me to grow, and made me a better person”.

Of course, most of what he’s gone through in recent years has been entirely self-inflicted, but sometimes we are our own worst enemies, and have to learn how to get out of our own way and stop blocking our own success.