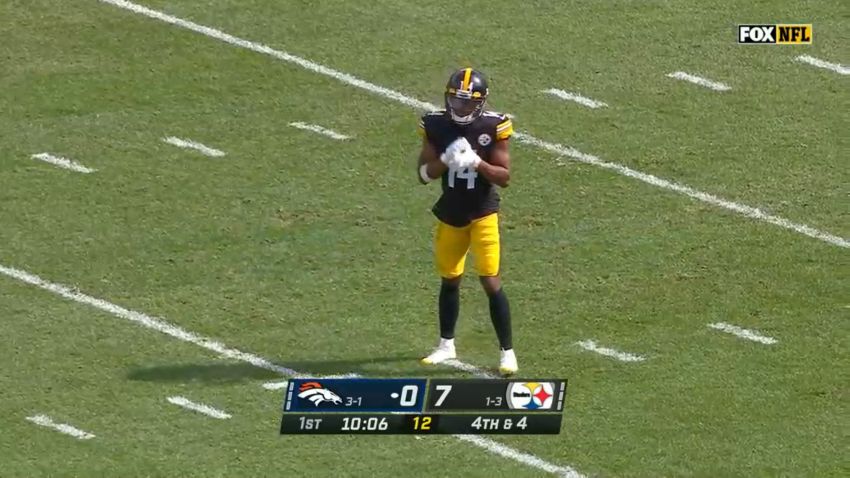 With the Pittsburgh Steelers on their bye week, the offensive coaching staff is working to put together a plan to mitigate the loss of veteran slot receiver JuJu Smith-Schuster, and fourth-year Ray-Ray McCloud is among the names that have been talked about in that conversation.

While he has played 50 percent or more of the team’s offensive snaps in three of the past four games, however, his primary role, at least for now, still appears to be that of the Steelers’ return man, executing both kick returns and punt returns.

McCloud is currently averaging 24.7 yards per kick return this season. His numbers on punt returns have dipped a bit, now down to 8.3 yards, though he averaged more than 10 yards per return on punts just last season. Using he, however, is not entirely accurate. As McCloud insists, himself, it’s a unit’s production, and if they break one, it’s an 11-man feat.

“Every time I’m back there, that’s my thought: this next one, this one’s gonna go to the house”, he told reporters earlier this week. “Today, me and the punt return team, we were just talking, that’s a whole unit. If I score we all score. It’s not a me thing. If they’re doing a great job blocking up front and I’m doing a great job, we should be great back there”.

Now, he hasn’t necessarily come all that close to breaking one yet in his career, though he did have one punt return touchdown in college, but he does have a few longer returns. He had a kick return of 49 yards last year, and a 57-yard punt return, which is his longest return of any kind. This season, he has had a kick return go for 40 yards.

McCloud is the Steelers’ first stable return man that they have had in a while, and is the first player the team has had returning both punts and kicks since their failed experiment with Jacoby Jones back in 2015.

Before him, it was Antonio Brown, who was a Pro Bowl returner, but he quickly became too important on offense to keep him on both punts and kicks, the latter of which he stopped after his second season in 2011, the year he became the first player in NFL history to record 1,000 receiving yards and 1,000 return yards in the same season.