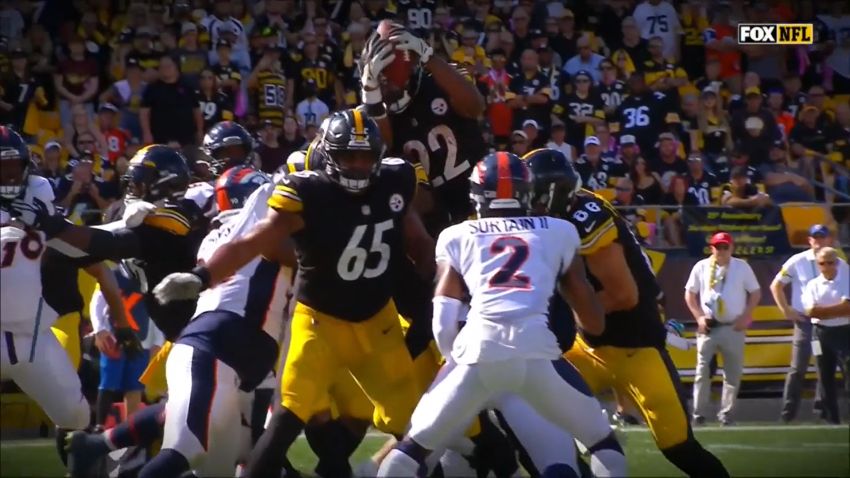 The start to his promising NFL career had to be pretty frustrating for Pittsburgh Steelers’ rookie running back Najee Harris.

Coming out of the University of Alabama as a Heisman finalist and a bonafide star at the position, the transition to the NFL was projected to be a smooth one for the first round draft pick at No. 24 overall, becoming the first running back off the board in a loaded class.

Instead, Harris ran into wall after wall behind a rebuild offensive line, rushing for just 45, 38 and 40 yards in his first three weeks. While Harris was a factor in the passing game, hauling in 14 passes in the loss to the Cincinnati Bengals, the success on the ground simply wasn’t there.

At least until now.

In the last three weeks the Steelers have been able to run the ball at a higher rate of success than in recent weeks, and Harris’s numbers have started to climb on the ground, picking up 62 yards and his first rushing touchdown against the Green Bay Packers, before then rushing for a career-high 122 yards and a touchdown against the Denver Broncos.

With his success on the ground, Harris has seen his Pro Football Focus grade rise in recent weeks, putting him on the doorstep of the top five at the position, in terms of rookie grading.

Currently, Harris has a PFF grade of 68.2, which puts him 30th in the NFL at the position. Out of rookies, Harris is sixth, but if you factor in the snap minimum for true PFF grading, Harris sits fourth. That might be a bit frustrating for some fans to read, considering Harris had premium draft capital spent on him and was the first running back taken, but aside from Denver’s Javonte Williams you’d be hard-pressed to make an argument for any other rookie running back in Pittsburgh.

In grading the first round rookies through six weeks, PFF had this to say about Harris after Week 6:

“Pittsburgh’s run game improved last week against Denver, but it was back to grinding out the yardage against Seattle on Sunday Night Football,” writes Sam Monson of PFF. “Harris carried the ball 24 times for 81 yards, 57 of which came after contact. The longest of his carries went for just 10 yards, and he added six catches as a receiver. Harris is a true workhorse within the Pittsburgh offense but needs far more help from his blockers if he is to put up the bigger numbers he looks capable of achieving.”

Harris is unquestionably a workhorse running back in Pittsburgh, and will be the best of the 2021 draft class when all is said and done, in my opinion. The run game in Pittsburgh is on an upward trajectory, and Harris is looking more comfortable and confident in the offense, which will be trouble for defenses down the stretch.

The numbers and the PFF grade might not look great on paper, or on a computer screen, but the eye test watching Harris snap to snap shows a guy who’s ready to break it big and really put the league on notice here in the coming weeks. Expect that PFF grade to keep rising in the process.