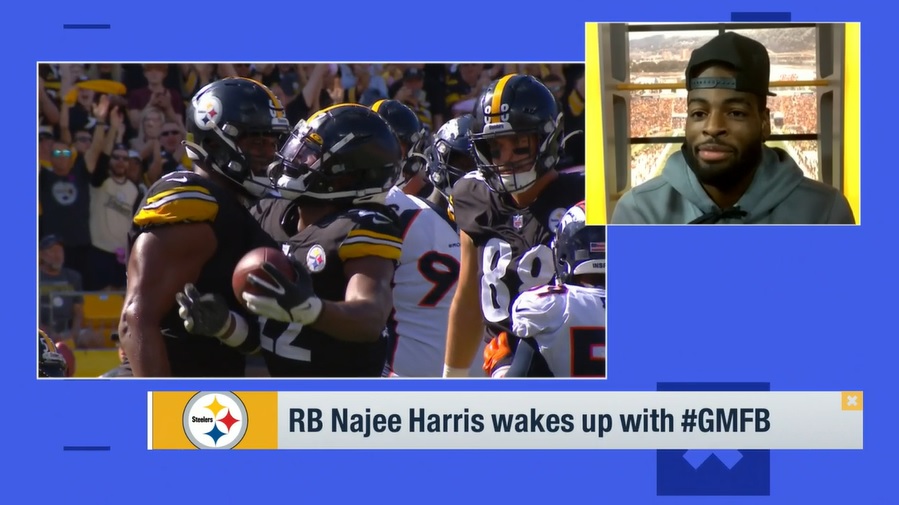 Last week, we wrote bout Najee Harris’ relationship with Jerome Bettis. And that the next time Bettis was in town, the two running backs would link up. Today is evidently that day. Appearing on NFL Network’s Good Morning Football, Harris says he and Bettis are going to watch film later today.

“He’s actually going to come here today,” Harris said of Bettis. “We’re going to break down a couple films. I actually reached out to him…I’m always open to learn.”

Few players would be better to learn from than picking the brain of a Hall of Famer and a power back like Bettis, one of the most successful and well-liked players in team history. But despite their physical nature, Harris brings a different skillset, a more explosive, and well-rounded player, something Bettis recently admitted to.

Bettis said Harris has the ability to be an even better player he was. An assessment Harris humbly says isn’t true.

“Man that’s a lie because that’s obviously a Hall of Famer.”

Harris is a long ways away from earning a gold jacket into Canton. But he looks like the real deal for Pittsburgh as evident by his breakout 122-yard performance in essentially three quarters of action in Sunday’s win over Denver, missing most of the fourth quarter due to cramps. Though he may disagree, Harris said he was flattered by Bettis’ kind words.

“It’s an honor for someone like that to have those words said to me.”

So far, Harris and Bettis’ rookie seasons have similar parallels. Both got off to slow starts in Year One, Bettis rushing for 158 yards in his first four games before posting a 100-yard performance in Week 5, just as Harris did last week. Bettis went on a tear the rest of the season, posting six more 100+ yard games (including one game with 212 yards) earning him rookie of the year honors. Here’s hoping Harris does the same.