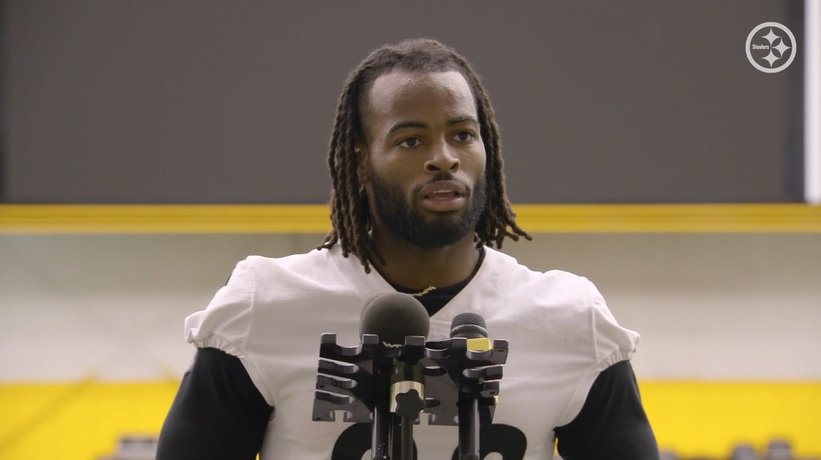 And Najee Harris wants the ball.

The team and frankly, the league’s bell cow of bell cows, Harris’ workload isn’t showing any signs of slowing down. Something Harris has no problem with. The more he gets to touch the ball, the better.

“Am I concerned?” Harris told reporters via Steelers.com when asked if workload was an issue. “Nah. I want more. I think every running back should want the ball more if you’re that dog type of running back.”

Pittsburgh’s certainly tested that attitude. Through six games, Harris has already carried the ball 102 times and caught another 34 passes, the latter number tied for the team lead. He’s on pace for 385 touches this year which would be the most touches by a rookie since LaDainian Tomlinson in 2001, who finished with 398. No rookie has had 400+ touches since Edgerrin James did in 1999. Harris is in shouting distance.

That workload means taking care of your body is a requirement, not an option. But conditoning and being in shape hasn’t been an issue for Harris, aside from a little bit of cramping in the team’s win over Denver.

“My body’s good. I take really good care of my body knock on wood. So I’m not trippin’.”

Harris said he’s done yoga for years to keep his body fresh and ready. He explained its benefit to reporters.

“I always do yoga. I’m gonna do some yoga today too…I’ve been doing yoga forever. It helps me a lot because as the running back, you get put in a lot of awkward positions too when you get tackled. You never know how you’re gonna get tackled. But I want to have the answer to every puzzle, to every little way I get tackled. Especially in a pile, my leg might be way over there and stuff like that. I don’t want it to be something new to my body where it reacts to it differently or my body reacts to it weird. So I mean, yoga helps a lot. I mean, everybody should do yoga too.”

There’s no question the Steelers have put the weight of their world on Harris’ shoulders. But he’s responding as well as any rookie back would be. Pittsburgh needed a guy like that and they’ve found him.