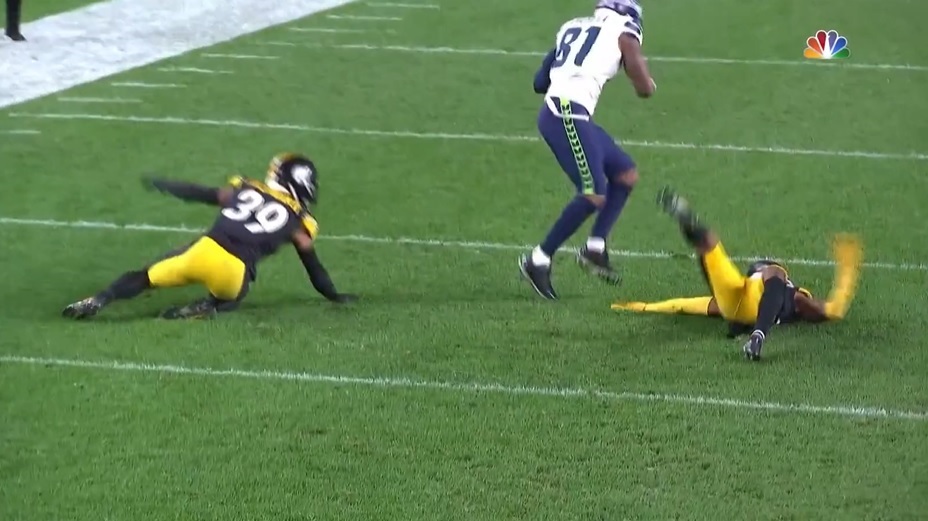 The Pittsburgh Steelers have had a couple of bad second halves of defensive football lately, and have been fortunate enough to have been able to come out victorious in spite of that. A lot of that has had to do with their quality of tackling, but that especially came to a head last week against the Seattle Seahawks, in which contest they missed nearly a dozen tackles.

Believe it or not, the Steelers are actually, overall, one of the sounder tackling teams in the NFL; the game is really just that bad these days. Or from the opposite point of view, the athletes on offense are just that good. Look at how silly Najee Harris and Diontae Johnson can make defenders who are doing the right thing until they get juked.

But it ultimately doesn’t matter how or why you miss a tackle. It matters that you missed it. And then you have to fix it. The problem is that you can’t really tackle in practice during the regular season—in fact, you’re not even in pads very often. So head coach Mike Tomlin was asked how you can work on improving tackling in this setting.

“Just understanding spatially your relationship to the ball relative to others”, he said. “There’s no need for a man to get outside of you if you have help inside of you, if you understand the knowledge of the help and things of that nature”.

“We’ve got to keep the ball constricted, and part of it is knowledge as much as it is physical”, he added, speaking early in the week. “You get an opportunity to work on tackling approaches even when you’re dressed in helmets as we are today. We did a two-minute drill. We dumped many balls down during the course of that two-minute drill. We had zone defenders converging on that ball carrier. Boy, that is an awesome tackle opportunity even though we didn’t tackle in that drill because it’s a leverage-based thing and it allows guys to make plays within the construction of a defensive scheme”.

So, will it have done any good? Well, we have another week to find out, as the Steelers are, of course, on their bye week. And it’s always good to have a bye week when you have things that you need to work on, anyway, so the timing pays off.

According to Pro Football Focus, Minkah Fitzpatrick has been the worst offender in missed tackles so far this season with eight, though Joe Schobert’s six misses constitute a larger miss percentage. James Pierre and Cameron Heyward have neither been charged with a missed tackle. T.J. Watt has two, but has a high tackling grade.