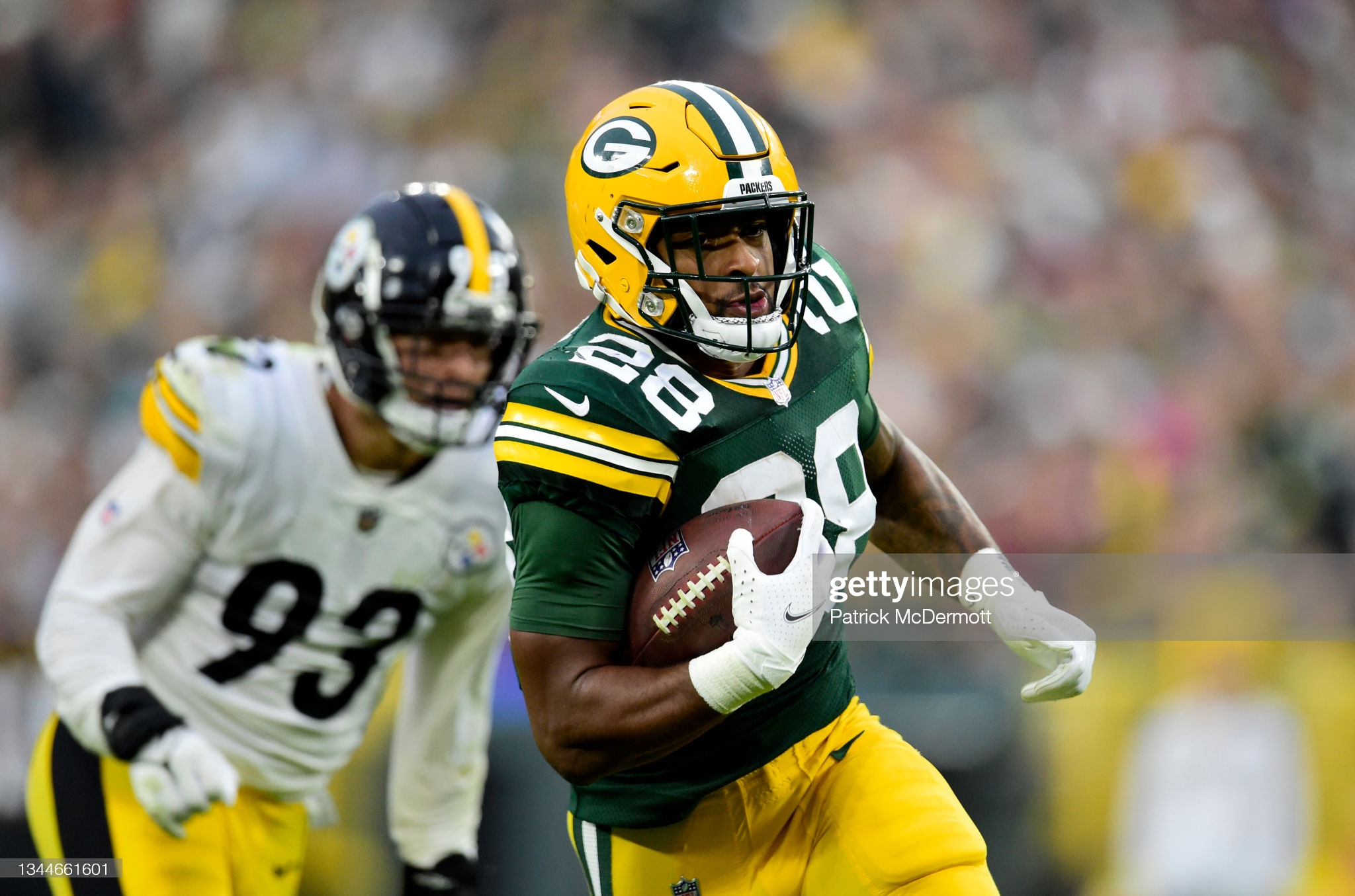 It was a painful sight in the second half watching the Green Bay Packers run the football down the throat of the Pittsburgh Steelers’ front seven, recording chunk play after chunk play on the ground with star running back Aaron Jones and terrific backup AJ Dillon.

At one point, Dillon – who had a 25-yard gain out of shotgun to the Steelers’ 1, setting up Randall Cobb’s 1-yard touchdown catch — had a drive in which he gained 5, 4, 5 and 6 yards on four straight carries, chewing up yardage and milking the clock against a Steelers’ defense that — at that point — was running out of steam in a game in which they ended up on the field for 72 plays and nearly 35 minutes of game action once again.

While the Steelers had great success limiting Davante Adams on Sunday, doubling him throughout the game and holding him to just six catches for 64 yards on 11 targets, the Steelers allowed others to eat offensively, especially the Packers’ run game, which rushed for 131 yards on 34 totes Sunday evening.

Despite the success the Packers had on the ground, Steelers’ head coach Mike Tomlin was not surprised, stating to reporters following the game that he knew Green Bay would be able to run the football based on the Steelers’ game plan, adding that he didn’t believe the Packers’ success on the ground determined the outcome.

“You know, we were doing some things to minimize some of the passing. And so we knew that that would be a component of it,” Tomlin said to reporters via Steelers.com. “You know, although they did have a quote unquote successful run game, I don’t think that that was the difference in the game. And so when you’re playing somebody that has that type of talent in the backfield, quarterback, on the perimeter, you gotta make some choices. And we understand that. We knew that they’d be capable of running the ball some based on our plan, but I didn’t think it would determine the outcome. And I still don’t.”

It’s hard to truly disagree with Tomlin here, considering the Steelers allowed just nine runs on Sunday that went for five or more yards. Of those nine runs, just two went for 10+ yards — the 25-yard run by Dillon and a 15-yard run by Aaron Jones in the first half. Tomlin is accurate in stating he doesn’t believe it determined the final outcome, but the way the Packers ran the ball allowed them to be balanced, slowed down the pass rush throughout the game and kept the offense on track and playing ahead of the sticks throughout Sunday’s game.