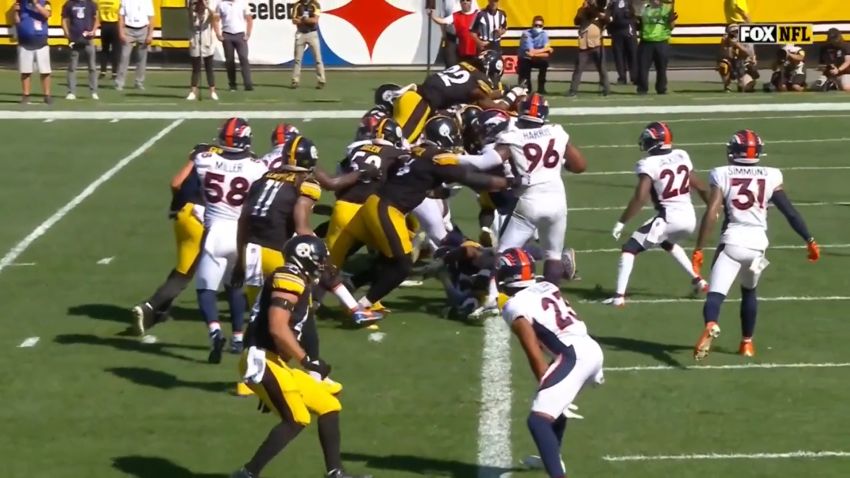 Pittsburgh Steelers running back Najee Harris has logged the second-most snaps of all players at his position thus far this year, behind only the Dallas Cowboys’ Ezekiel Elliott by a mere 14 snaps. And Dallas hasn’t had their bye week yet. He is averaging 57 snaps per game, and that would be higher if he didn’t miss the end of the Broncos game due to cramping.

The rookie running back is also tied for fourth in the league in touches per game, though little separates second through fourth before the Tennessee Titans’ Derrick Henry completely throws off the curve with an absurd 30 touches per game.

Is that too much, though? For a rookie? A rookie who has already experienced cramping? That’s something that the Steelers have been taking into consideration, reflecting on it during the bye week, and as we know from how they used Chase Claypool last year, they are very conscious of rookie playing time.

“I think [running backs coach Eddie] Faulk[ner]’s doing a great job managing that and watching it in the game”, offensive coordinator Matt Canada said about Harris’ playing time and workload on Thursday, via transcript. “Even early in the game, you’ll see him come out after just a few plays”.

“He’s not on any kind of a count, but we’re watching it. We’re aware of the long duration of the season”, he continued. “We’re also aware of the kind of guy he is and what he’s built to do, and we’re certainly gonna get everything out of him. But we’re gonna be cognizant of your point. I think it’s a valid point. We’ve got to win every game as they come”.

Harris appealed to the Steelers in part because he is built for a heavy workload. They viewed him as an every-down back during the scouting process, someone they wouldn’t have to take off the field, and they have literally played him every snap in a game this year already.

But now with a healthy stable of running backs behind him with the activation of Anthony McFarland off of the Reserve/Injured List, is it time to start splitting duties a bit more? I wouldn’t mind somebody else drawing pass protection duties, as that’s an area in which the rookie is still weak when it comes to identifying blitzers.