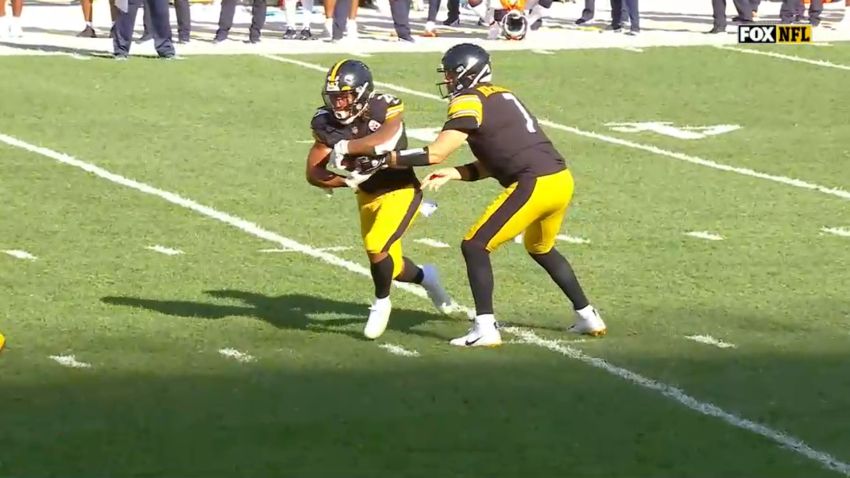 The Pittsburgh Steelers had their best game on offense on Sunday against the Denver Broncos. It was the first time that they scored more than 17 points (remember, Pittsburgh scored a touchdown off of a blocked punt in the opener in which they finished with 23 points).

Much of that was because they were finally able to run the ball. Rookie running back Najee Harris rushed for 122 yards on just 23 attempts, and has scored a rushing touchdown now in consecutive weeks while averaging more than 4.5 yards per attempt during that span on nearly 200 yards on the ground.

It’s not just the run game working, though. The heavy employment of RPOs, particularly against the Denver Broncos, was a key to their success, or rather, their ability to execute the RPOs better than they have when used. Offensive coordinator Matt Canada gave credit to quarterback Ben Roethlisberger for making that adjustment in his game to use the run-pass option effectively.

“The plus is we won. The minus is, a couple of games before, we didn’t; we lost”, he said of what the difference was on Sunday in the RPOs, via transcript. “It bears out what it is. It’s not something Ben has done a lot of in the past so it’s a credit to Ben learning and doing it. Obviously, it’s been something that, sometimes, has been very beneficial for us and for our players”.

it’s not shocking that the Steelers haven’t historically made great use of RPOs, though there have been a couple of years here and there, prior to Roethlisberger’s injury, during which it seemed that they were incorporating it more.

On Sunday, Roethlisberger was taking the R option a lot; it helps that it was working. They ended up attempting 34 designed runs versus 26 called passing plays. Harris was responsible for 23 of those rushes, as mentioned. Benny Snell also ran the ball five times for 20 yards. Kalen Ballage had four carries, and JuJu Smith-Schuster also rushed twice.

Given their ability to execute the RPO effectively on Sunday, the hope is that they can begin to build off of that. A good RPO game is hard to beat. It is actually something that they were doing well early last season when they were winning, but this latest approach seems to be favoring it as a running-game attribute than in the past.

There is still a lot for this offense to work through, particularly as the offensive line grows, before they can completely branch out and exercise the full breadth of their possibilities. The more success they have, the more they will be able to incorporate. And the things that work best will stick around.